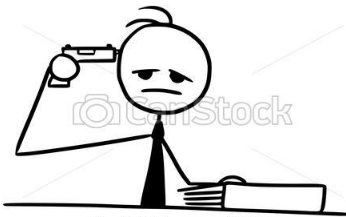 The advisors who recommended the course of action, that sees taxes increased on almost every transaction faced by the Haitian public, should be shot!

All the Jovenel Moise government needs to do is collect the customs duties generated at our ports. This will generate a sum almost equal to the National Budget of $1,000,000,000.

Now, these dollars are going into the pockets of a few.

And they might consider cracking down on the guys who bring thousands of containers, into the country, without paying the proper fees involved.

And, they might stop the flow of millions in cash from the ministries into the pockets of Senators, Deputies and others we all know.

We have suggested that the Jovenel Moise government purchase, and make available to the public, five basic foodstuff:

Along the lines followed by Francois Duvalier. If they did this they would effectively reduce the Cost of Living for the population by something like 40%, a guaranteed plus for the Jovenel Moise government’s survival.

Unfortunately, this concept is shot down with the comment to the effect that “Th International Community doesn’t want the government involved in projects like this!”

The business community could still participate and make normal profits, not the obscene percentage now in play.  As a side issue, the banks are making something like 26% which is worse than the percent applied by Mafia Loan-Sharks in the States.

The situation is going to result in a self-inflicted disaster where the common people finally revolt against those with nice cars, big houses, and American visas.

When the explosion starts to erupt, there will be no stopping it before the people have diminished their resentment and hate.

Jovenel Moise is being led into an impossible situation by those close to him if they, in fact, generated this tax stupidity.