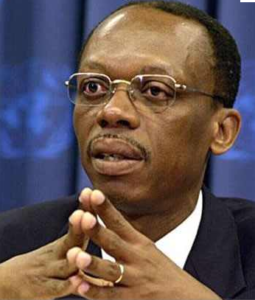 Aristide’s attorney left Haiti Saturday, February 5, with the diplomatic passport in his pocket that will allow the former president to return to Haiti on a date that he may determine himself.

The local newspaper said Kurzban arrived in Port-au-Prince on Friday night with all the necessary documents needed to obtain Aristide’s passport.

The Foreign Ministry previously had given the OK to the Department of Interior, who immediately proceeded to analyze the documents submitted by Mr. Kurzban. “They were considered correct. And given a diplomatic passport, “one reads.

While his supporters have engaged in recent weeks a series of movements for his return, Haitian authorities have announced that Jean Bertrand Aristide was free to return to Haiti when he wants.

Just last week, Maryse Narcisse, spokesman for the former head of state reiterated the wish that “the governments of Haiti and South Africa come into contact to facilitate the quick return” of Aristide.

In a recent speech, Jean Bertrand Aristide for his part denied any desire to go into politics if he ever returned to his country. Instead he spoke of health reasons and the desire to invest in education.

In fact, Aristide had never officially requested a Haitian passport.

Now that he requested it, the passport has been issued.

If he phones the airlines, and tells them where he wants to go, they will sell him a ticket, and he is on his way.

I don’t think Aristide will leave the safety of South Africa, for the uncertainty of Haiti. The Diplomatic Passport is to protect him from prosecution or arrest, not for travel