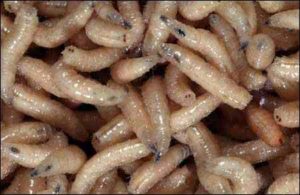 Haitian President Rene Preval will stay in office for another three months as his country chooses a successor in a delayed election, his chief of staff said Monday.

Chief of Staff Fritz Longchamp confirmed Preval’s exit date of May 14 in a phone interview with The Associated Press following uncertainty about the Haitian leader’s plans.

Preval’s term had been scheduled to end Monday, but his successor will not be elected until Haiti holds a presidential runoff on March 20. He had been silent about his intentions in recent days, leading to rumors that he might appoint a temporary successor.

“He will stay in office until May 14. He will not leave today,” Longchamp said.

An emergency law passed by members of Preval’s former party in an expiring Senate allows him to remain in office for up to three more months because his 2006 inauguration was delayed.

The U.S. and other nations have signaled they agree with Preval staying in office for a few months past the end of his term to avoid a power vacuum atop Haiti, where foreign governments have collectively spent billions on recovery efforts after last year’s devastating earthquake – and pledged billions more for reconstruction.

“I would assume that there will be greater stability and more movement on reconstruction with this situation if he remained than if he were to name a temporary successor – which would clearly be unconstitutional,” said Mark Schneider, special adviser on Latin America for the International Crisis Group.

On Monday morning, about 50 anti-Preval demonstrators protested outside the quake-destroyed National Palace, blocking traffic with overturned trash bins and burning tires. A crowd of onlookers watched as protesters hurled rocks and chanted “Preval is a crook!”

“He must step down to avoid people getting hurt,” said 32-year-old demonstrator Gardy Lumas.

The protesters were later dispersed by national police.

Preval is deeply unpopular, especially in urban areas, after years of continued poverty and following his perceived inaction in response to the earthquake.

Last week, Haiti decided to eliminate Preval’s government-backed candidate, Jude Celestin, from a presidential runoff. The decision ended a standoff with the country’s international partners who questioned an earlier official count showing Celestin had qualified for the runoff.

Campaigning for the second round, originally slated for January, is set to begin Feb. 17. The final count – the naming of Haiti’s next president – is not foreseen until April 16.

After Preval’s declaration, the radio stations played recordings of his promise to step down – no matter what, on February 7, 2011….given immediately after his inauguration in 2006.

I hope that the International Community recognizes this simple, and direct insult to them. Preval should be refused, denied and blocked from exile to anywhere other than a Haitian prison.

People will die because of his selfish attitude.

The Nation will die.