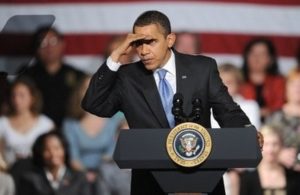 The Haitian Conseil Electoral Provisoire (CEP)’s announcement of the final results of the November 28 elections this morning is an important milestone in this electoral process.

The United States stands ready to assist the Government of Haiti and the CEP in the next round of elections to promote a free and fair electoral process and reduce the level of fraud and irregularities that affected the first round.

As Haiti moves forward with the second round of elections, it is essential that all political actors, including candidates and their supporters, continue to work peacefully and within the law.

The United States stands with the people of Haiti as they work to rebuild a more democratic, more prosperous, and more stable country.

What a bunch of hypocrites!!!

The results obtained were only obtained after threat of Visa withdrawal and possible criminal indictments against those Haitians who are in American files for cocaine trafficking, embezzlement, tax evasions and other minor character flaws.

The CEP was set to release one result – at midnight – but were frightened into changes the result and releasing the new on the following morning.

Even then, 4 of the original 9 CEP members refused to sign. According to the Electoral Law, 5 of the 9 must sign to make it legal, so the document upon which the future is based…is illegal. But, of course, that does not stop the Americans from bulldozing Haiti – YET AGAIN!!

Ambassador Merten is the chief hypocrite since has told many – before the fraudulent election – that Jean Henry Ceant was the front-runner in the election. Merten knew that Manigat was near the bottom, along with Celestin…while Martelly was 4th, behind Alexis. So we should have Ceant/Baker in the run-off…not Manigat/Martelly.

Democracy is somewhere out there, but it is certainly not to be found in Haiti.

Disaster must follow if the elections are not canceled…new one held.

This is going to cost America countless millions…when $25,000,000 for a new vote would solve everything.