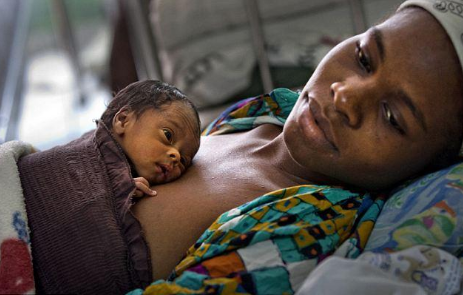 “It is a poverty to decide that a child must die so that you may live as you wish.” Mother Teresa

AND GOD CRIED –  WEALTHY HAITIANS – FROM THEIR AIR-CONDITIONED LUXURY RESIDENCES – PARALYSE THE NATION WHILE POOR  PREGNANT LADIES, REQUIRING CAESARIAN OPERATIONS DIED, UNABLE TO REACH HOSPITALS – NOW THEIR BODIES PUTRIFY IN PLACE.  OTHER BABIES EXPIRED BECAUSE OF THE LACK OF WATER, EVEN AS THE WEALTHY COMMUNTE TO AMERICAN AIRLINES FLIGHTS – AT OUR INTERNATIONAL AIRPORT – VIA HELICOPTER AT $3,500 USD ONE WAY!

THESE CHILDREN WERE OUR FUTURE.

NOW THEY HAVE BEEN SACRIFICED ON THE ALTAR OF GREED. 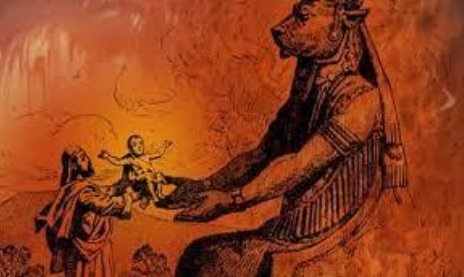 WATCH THIS VIDEO AND LEARN THE TRUTH!!

This video had the best English description of exactly what motivations were behind our recent national tragedy. The ENGLISH SEGMENT STARTS AT 2:36

Our maid has explained the situation created by a few wealthy business people, drug dealers and politicians in their effort to destabilize the Jovenel Moise government to gain their own greedy ends.

In the bidonville (slum) where she lives, people look for water in the reservoir. When available, this is boiled to give to babies. Since the chaotic street conditions, generated by a few  who paid millions to disrupt Haitian society, there has been no water and the results have been predictable.

Many small Haitians have lost their struggle for life, because one simple, often taken for granted, item was not there when needed. WATER! There has always been a massive percentage of children, under the age of 5, lost to water borne diseases. Now, added to this threat, is another in which a child expires through a lack of water over the days of violence which effectively paralyzed the heavily populated areas. 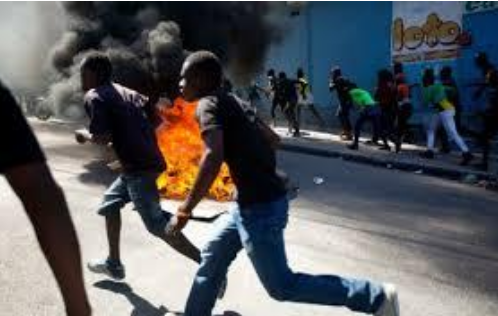 This isn’t apparent to those of use who can sortie to supermarkets – CARIBBEAN, GIANT, etc., as Joel says in his video, to buy things we need, with credit cards. Another video also pointed out the fact that the “PAID MOBS” did not attack GIANT, CARIBBEAN or other major markets, instead, they pillaged small competitors.  The violence now, and during July, was also economic in structure as the paid mobs targeted certain large businesses while avoiding others. 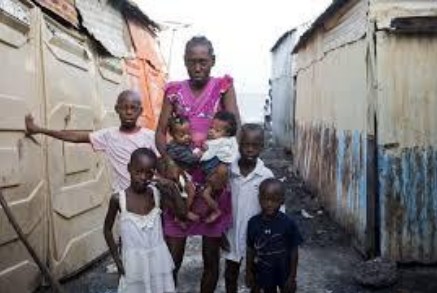 It is time for this unfortunate, selective bias to end.

President Moise has a God-given opportunity to gain control of this imbalance and bring a fairness to our society, a fairness that has not been experienced for some 30 years. In order to do this, President Moise really needs reliable control of the security elements, a situation that does not exist, at this moment. The PNH and FAdH should be committed to serve the government, not an assortment of business leaders, politicians  and drug dealers, 3 character flaws often combined in a single person.

The American government should look at the present security situation as a Threat to American National Security – which it is. The Trump team might consider providing President Moise with a small team of Marines, to oversee professionalization of the President’s security team, which is presently an uncoordinated disaster. 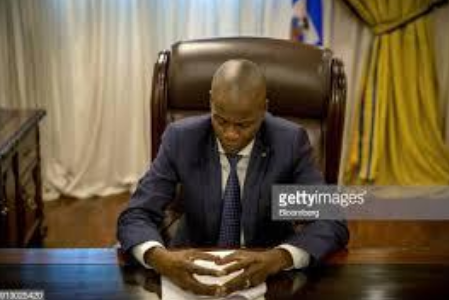 Jovenel is alone in these decisions.

As Captain of our team, the “Buck stops on his desk.”

But decisions must be made, and made quickly, otherwise this Window of Opportunity will pass and the forces of evil will regain power.

WE MUST SUPPORT PRESIDENT JOVENEL MOISE AS HE MOVES TO SAVE OUR NATION.

THEIR FUTURE DEPENDS UPON HIM AND THEY ARE HAITI’S FUTURE. 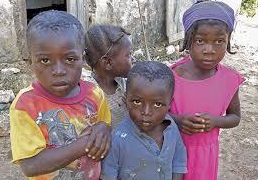 The Americans send us an expert on Middle Eastern Affairs, for a “few hour visit” – sort of like a guy on a long airline trip with a bathroom stop in Haiti.

Fill  in the moments, on the ground, with meetings.

Undersecretary of State David Hale couldn’t tell one Haitian faction from another and would be dazzled by the author of our PETROCARIBE Corruption Report, Senator Beauplan. Unless someone whispered in his ear, he wouldn’t know that Beauplan is a major thief of PETROCARIBE funds, backed by cocaine millions.

He wouldn’t know of Beauplan’s massive real estate investments in the Dominican Republic, including one 14 story apartment building.

ANYONE CAN BE IN OPPOSITION. THIS REQUIRES NOTHING OTHER THAN A LOUD VOICE AND NO REALISTIC SUGGESTIONS. SOME CASH FROM BUSINESS LEADERS AND THE COCAINE COMMUNITY HELPS PUT A FEW PEOPLE ON THE STREETS.

FANTASY DEMANDS,  FROM THOSE WHO WILL NEVER BE CALLED UPON TO SOLVE A REAL PROBLEM.

AND SOME OPPOSITION LEADERS, LIKE THE MURDERERS  ANDRE MICHEL AND MOISE JEAN CHARLES, WOULD STOP THEIR ACTIVITIES, IF THEY WERE PAID HARD CASH, REVEALING THEIR TRUE MOTIVATION – PERSONAL WEALTH. 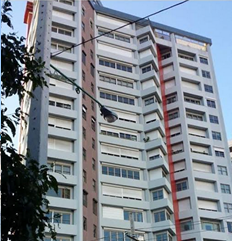