Israel sends aid teams to Florida, Texas, Mexico, Haiti, and the Caribbean to help recovery efforts after a string of deadly natural disasters. 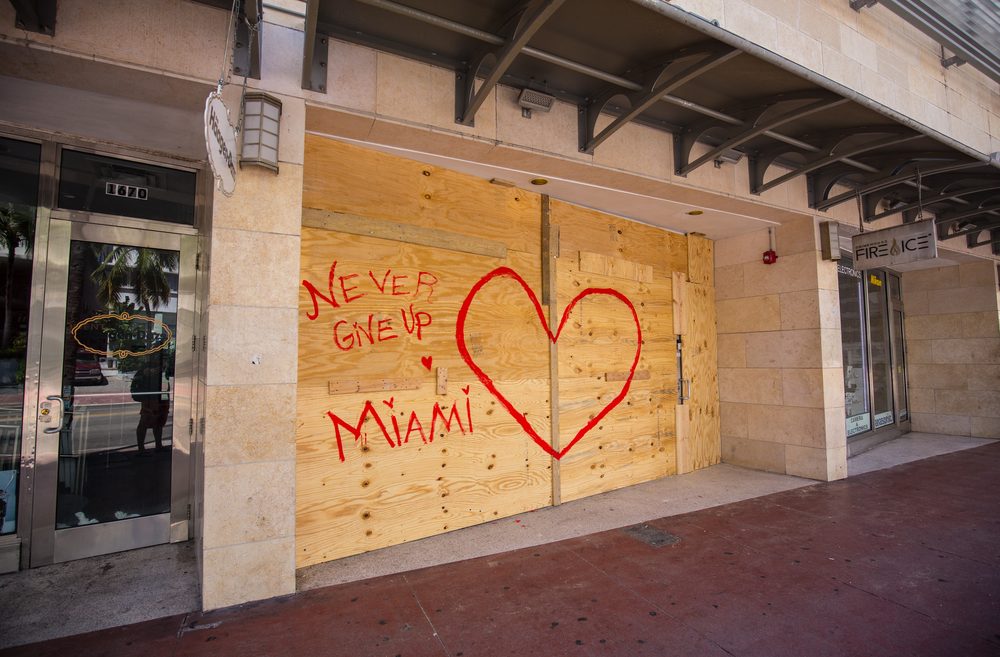 Shops and businesses in Miami prepare for Hurricane Irma. Photo via Shutterstock

Israeli humanitarian-aid groups are already on their way to Florida as the worst hurricane on record barrels into the state today, threatening tornados, catastrophic storm surges, strong winds and flooding, and sending over 7 million people fleeing from their homes.

Other Israeli aid teams are making their way to Mexico, which was hit by a deadly earthquake on Thursday night, and are offering aid to communities in Haiti and the Caribbean, also devastated by the powerful Hurricane Irma.

“We’ve never seen anything like this,” said Mickey Noam-Alon, from  IsraAID. “There are so many massive events going on worldwide.”

“This is rare,” added Shachar Zahavi, founder of nongovernmental aid agency iAID. “it’s really not common to have so many disasters all at one go. We are all rushing to keep up.”

“This kind of reaction from Israel is not unusual these days,” said Raphael Poch, International Media Spokesman for United Hatzalah. “Since the earthquake in Nepal in 2015, Israel has become experts in search and rescue and disaster aid.  We are a country that knows how to do this well, and we are happy to share our knowledge with the rest of the world.”

Three teams of volunteers from IsraAID, ZAKA Search and Rescue Organization, and the Israel Rescue Coalition (IRC), all of whom rushed to help in the aftermath of last week’s Hurricane Harvey in Texas, are now on their way to Florida to help local people pick up the pieces after the devastating storm. Another team from IsraAID is preparing to fly from Israel to Florida.

The IRC and United Hatzalah are due to arrive in Miami today with experts in search and rescue, and medical and psychological first-aid responders.

The team consists of eight members leaving from Israel who will be joined in Florida by four people from the US who will be running logistics and organizing community response.

“Our teams have already begun assembling data and connecting with local teams on the ground in Florida as well as the Israeli consulate and getting regular updates and assessments from the ground,” said Dov Maisel, director of international operations for the IRC as well as vice president of UH.

Among the 12 team members making preparations to depart are search-and-rescue veterans who are trained for rescues on land and sea, diving teams, veteran EMS and natural disaster personnel, as well as a group of UH Psychotrauma and Crisis Response Unit members.

“We’re trying to get out in front of this as much as possible. With resources and volunteers already heavily engaged in Texas, if Irma strikes hard in Florida, people on the ground there will need as much help as they can get, and we are not hesitating to deploy and assist in any way we can,” said Maisel.

The teams from IsraAID will be involved primarily in debris removal, helping community members clean up their homes, and offering psychosocial support.

ZAKA Search and Rescue organization has also announced that it has established two command centers in Miami, manned by tens of volunteers, to offer assistance to the local communities.

The command centers are equipped with generators, sleeping bags, food and water, and relevant search, rescue and recovery equipment.  More ZAKA volunteers are standing by in the New York area.

“We intend to offer help in the best and most professional way we can, focusing on evacuation of stranded residents and treating the wounded,” said ZAKA International Rescue Unit chief officer Mati Goldstein. 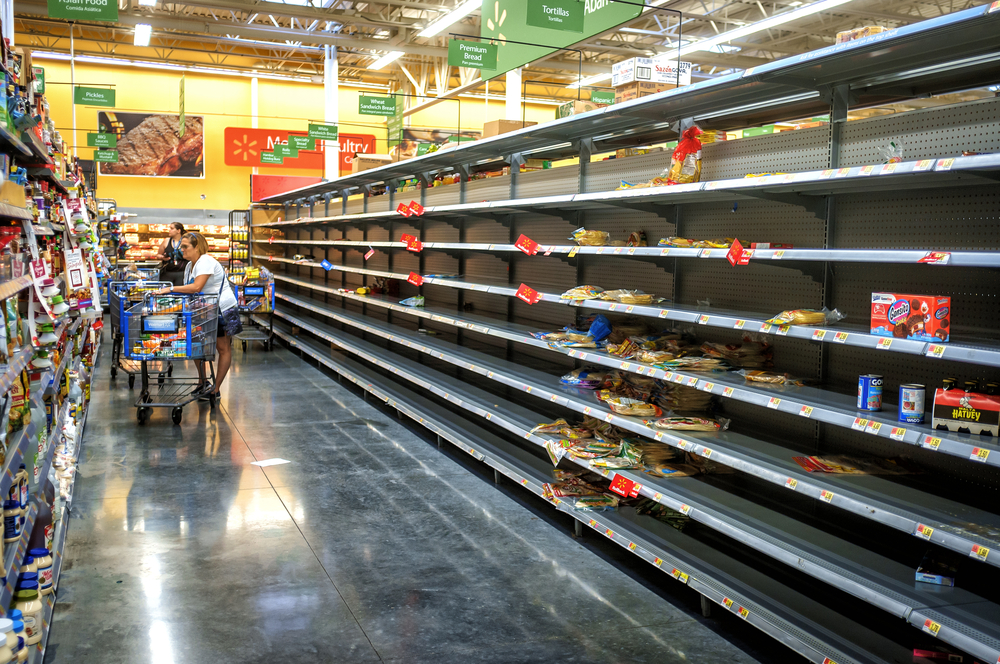 Empty shelves at a supermarket in Miami. Photo via Shutterstock

Haiti and the Caribbean

IsraAID has had a team of aid workers on the ground in Haiti since the catastrophic earthquake there in January 2010. These workers have trained Haitian first responders, and have now begun distributing aid to locals in the north of the island, who have been affected by flooding from Hurricane Irma.

The organization is now planning to send volunteers from Haiti to one of the Caribbean islands worst affected by the storm. ZAKA is also considering whether to send aid to islands destroyed by the storm.

ZAKA Search and Rescue Organization volunteers, together with representatives from Israel, New York and Holland, managed to airlift Sarah Chanowitz, the wife of the Chabad emissary to St. Martin, and their five children to safety on Saturday (Rabbi Moshe Chanowitz remained to aid local residents).

The same day ZAKA also rescued a group of Jewish tourists, including medical students, from the US and Canada who were stranded on the island and seeking shelter in St. Martin’s medical school.

iAID flew out to Mexico and the border of Guatemala on Friday following the massive 8.1 earthquake that struck the region on Thursday night, and will be assessing what long term aid to bring to the devastated region.

“We are looking at long term technological programs, such as clean water,” said Zahavi.

The quake, which hit offshore in the Pacific, sparked a tsunami warning along the coast of Central America, and caused widespread damage and destruction, killing at least 90 people.

The Israeli Foreign Ministry is also sending aid to Mexico in cooperation with the Israeli Embassy in Mexico. The aid package coincides with a previously planned visit to the Central American country by Prime Minister Benjamin Netanyahu.

The aid package, which has not yet been disclosed, will be delivered by Ambassador to Mexico Yoni Peled to the southern states of Oaxaca and Chiapas, which were hit the hardest by the deadly quake.

Israel responded in force when Hurricane Harvey inundated the city of Houston and its surroundings with flood water. Aid teams from IsraAID, the IRC and ZAKA sent first-aid responders to the city to help clear debris and give psychological first aid to the traumatized population. Some of these aid workers are still in Texas helping local communities. iAID also distributed solar lanterns to people left without power.

The Israeli Foreign Ministry also sent several tons of supplies and donations via its embassy in Washington, DC. This was distributed by IsraAID. The Israeli Ministry of Diaspora Affairs also sent $1m. in humanitarian aid for victims of the hurricane.

On Friday, two medical clowns from the Dream Doctors Project touched down in Houston to provide unique laughter therapy to the victims of Hurricane Harvey. The two clowns, Smadar Harpak and Penny Hanuka, will be touring Houston and Dallas for a week. 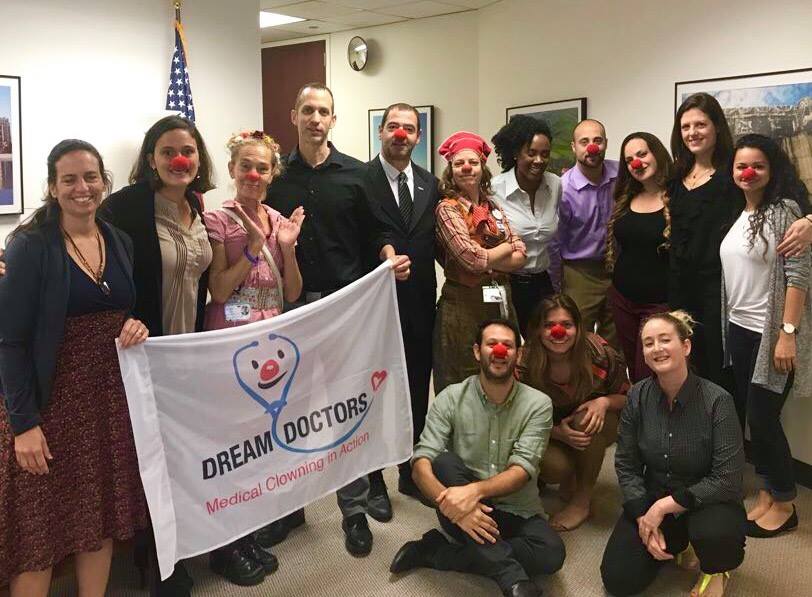