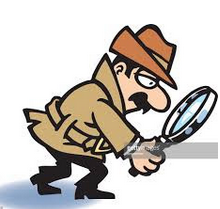 An International Monetary Fund staff team led by Chris Walker, IMF Mission Chief for Haiti, visited Port-au-Prince from February 20-25, to carry out discussions with the Haitian authorities on a Staff-Monitored Program (SMP).

At the conclusion of the mission, Alejandro Werner, Director of the IMF’s Western Hemisphere Department, met with President Jovenel Moïse, Minister of Economy and Finance, Governor of Central Bank and Senior Officials to mark the accord and discuss Haiti’s development strategy and continuing engagement with the IMF. Mr. Werner hailed the agreement as an important sign of commitment to improving the living conditions and increasing the economic opportunities of the Haitian people.

President Moïse shared his vision for development of Haiti with the IMF delegation. He asked the IMF to play a leadership role in bringing together the country’s development partners to support his reform and development plans, including strengthening the social safety net.

Mr. Walker issued the following statement at the end of the visit:

“Following extensive discussions, the IMF team has reached a staff-level agreement with the authorities on an SMP covering the period of March-August, 2018. The government of Haiti, under the leadership of President Moïse and Prime Minister Lafontant, and with support of the Minister of Finances and the Central Bank Governor, is committed to carry out economic and structural reforms to promote economic growth and stability, and alleviate poverty, in Haiti. The international community and key donors welcome the government’s resolve to implement reforms to ensure sustainable and inclusive growth.

“Under the SMP, fiscal policy will focus on mobilizing revenues and rationalizing current expenditure, to make room for critical public investment in infrastructure, health, education and social services. This will include measures to improve tax collection and efficiency, and to eliminate excessive subsidies, including on retail fuel. Other reforms will focus on stemming the losses of the public electricity company (EDH), which in recent years have amounted to a sizeable portion of the public deficit, by improving the efficiency of billing, and by reforming contracting practices. Fiscal reforms also aim to increase the transparency of public accounts. These reforms are to be accompanied by a substantial package of mitigating measures to protect the most vulnerable members of society.

“The Central Bank of Haiti (BRH) will continue to protect international reserves and preserve exchange rate flexibility, while acting as necessary to contain disorderly market conditions. Under the SMP, the authorities will limit recourse to monetary financing of the government deficit, and BRH will align monetary policy to keep inflation in check, while maintaining an adequate flow of credit to the private sector.

“IMF staff will work closely with the authorities to monitor progress in the implementation of their economic program. The IMF will also continue to provide technical assistance to support Haiti’s capacity-building efforts and structural reform agenda. The SMP is designed to help the authorities build a credible track record, and successful implementation of the program will catalyze critical flows from development partners as well as support a future request for an Extended Credit Facility (ECF) arrangement.”