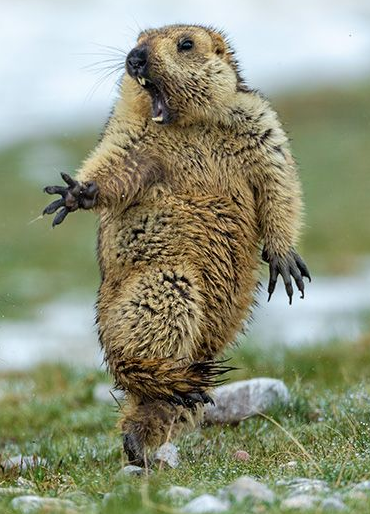 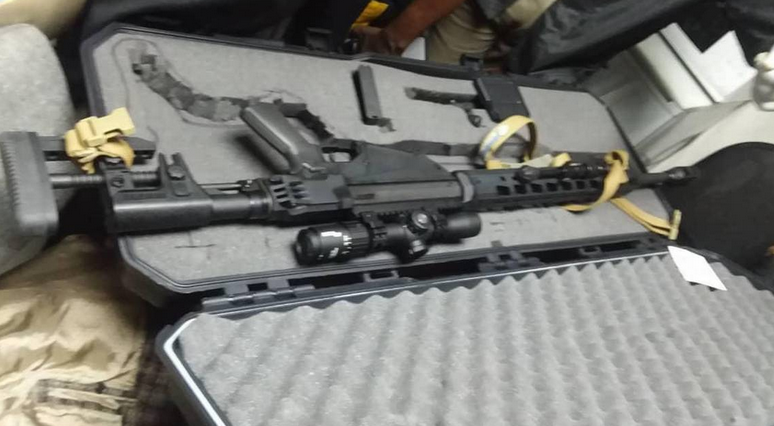 This photo of the weapons brought into Haiti by Jacques Yves Duroseau was circulated on social media after Duroseau’s arrest in Port-au-Prince Tuesday after arriving aboard an American Airlines flight from Miami. Two police officials confirmed that the photos are from the incident.

As the mystery surrounding an American Airlines passenger arrested in a Haiti airport with an arsenal of weapons continues, both the airline and U.S. security agencies say it’s not their responsibility to police where weapons ultimately end up.

Nor is it their role, they say, to determine whether a passenger, after signing a firearms declaration form before boarding a flight, has the proper authorization from the country to which they are traveling.

“Our mission is to screen every bag for explosives or other elements that could cause catastrophic damage to an aircraft,” said Sari Koshetz, a spokesperson for the Transportation Security Administration, the U.S. Department of Homeland Security agency that has authority over security at U.S. airports. “TSA’s mission does not include opening bags that do not alarm for explosives or other hazardous chemicals.”

American Airlines said it is not the carrier’s responsibility to inspect the weapons in checked luggage nor to prevent passengers from taking firearms to countries where they are banned. Jacques Yves Sebastien, 33, was arrested in Haiti Tuesday by Haitian police and remains in custody, after arriving on an American Airlines flight in Port-au-Prince with an arsenal of weapons and ammunition.

“We do not physically inspect firearms. However, we require the customer to sign the form stating they are unloaded and then they are transferred to TSA for screening,” said AA spokeswoman Martha Pantin.

That lack of inspection of firearms on flights coming from the U.S., isn’t going over well in Haiti, where an estimated 500,000 illegal guns are in circulation despite a U.S. arms embargo, and heavily armed criminal gangs are exacerbating a political and economic crisis by barricading streets, hijacking vehicles and holding entire communities hostage.

U.S. agencies “have a responsibility to make sure that the person has the proper authorization,” said Samuel Madistin, an attorney and chairman of the board of directors of Fondation Je Klere, a Port-au-Prince based human-rights group.

Madistin said individuals arrested for illegally transporting arms in Haiti face up to 15 years in prison. But that is if they are caught —and often they are not.

The TSA said it is only responsible for screening luggage for things that would affect the safety of the aircraft, like explosives. Customs and Border Protection said passengers planning to take their guns and ammunition to another country should check with that country’s embassy to see what arms are legal to take. Meanwhile, the Bureau of Alcohol, Tobacco, Firearms and Explosives said it only investigates after getting a tip, and it does not have an open investigation into this incident.

The U.S. State Department referred questions to the Department of Homeland Security, the parent agency of TSA and CBP.

On Tuesday, Duroseau, 33, a former U.S. Marine who boarded American Airlines Flight 949 from Miami International Airport into Port-au-Prince, was arrested in Haiti after customs agents and police found the weapons in some of his six pieces of checked luggage.

A Haitian customs agent told the Miami Herald that Duroseau was sent to a secondary security check after agents noticed his gun cases. In total, a police source said, Duroseau had seven firearms — five handguns and two long guns. Haiti police have not made any public statements about the incident.

A Haitian police official did confirm, however, that among the guns were rifles that are banned in Haiti. The official, baffled by the fact that Duroseau was allowed to travel with the firearms, said Duroseau did not have the required authorization from the Haiti National Police to import firearms.

According to American Airlines, Duroseau arrived at the New Bern, North Carolina, airport on Monday, filled out a firearm declaration form to check his luggage, and continued his travels to Charlotte, Miami and then to Port-au-Prince on Tuesday afternoon.. The airline said an initial review shows that the North Carolina agent who checked in Duroseau may not have realized he was traveling to Haiti, where the U.S. government has had a ban on weapons imports from the U.S. for the past 28 years.

Under the 1991 U.S. arms embargo, the export of weapons and ammunition to Haiti requires permission from the Department of State, Directorate of Defense Trade Controls and the U.S. Department of Commerce, which regulates shotguns. Requests are dealt on a case-by-case basis, and mostly authorization is given in support of the Haiti National Police.

On the same night that Duroseau was arrested, Haitian President Jovenel Moïse, hosting a dinner for about 10 individuals from Haiti’s private sector, said that the U.S. was lifting the arms embargo, two business leaders told the Herald. “It’s what he was saying. He said he would have more support,” Rene Max Auguste said.

Auguste said Moïse, who has been engulfed with calls for his resignation, said as a result of the U.S. move, the police would soon be buying more ammunition and he planned to purchase about a dozen armored vehicles for their use. The State Department did not respond to a Herald request on whether the U.S. planned to lift the embargo.

Auguste said if the U.S. were to allow Haiti’s police to get more access to ammunition and weapons, “it would be a good thing.” Gangs, he said, are making an already difficult economic crisis by hijacking shipping containers and holding others hostage.

“I have a store in Cap-Haitien and have been unable to send supplies because I have a couple of trucks that have been stuck in Mirebalais for four days. A country cannot function like that,” Auguste said. “At one point, the police will have to be more powerful and aggressive. It’s a mess.”

The U.S., through the United Nations peacekeeping missions that left the country last month after 15 years, has spent millions of dollars over the years in trying to disarm gangs and control the importation of weapons. But the weapons are still getting through undetected, not just at the airport, but through the seaports and porous land border with the neighboring Dominican Republic.

Just how easy they are getting in was demonstrated earlier this year when two federal juries in Fort Lauderdale convicted two Haitian-American brothers, Junior and Jimy Joseph, on illegal arms trafficking to Haiti.

Federal authorities in the U.S. had accused the Joseph brothers of conspiring with a Haiti senator and others to ship firearms and ammunition from the U.S. without a license after their white Mitsubishi Fuso commercial work truck arrived at a port in St. Marc from Palm Beach County on Aug. 30, 2016. The truck was loaded with semi-automatic rifles, shotguns assault rifles and semi-automatic pistols.

During Junior Joseph’s trial, a representative of the shipping lines, Monarch Shipping, testified that while there are signs at the freight company warning customers not to ship weapons, the company does not inspect vehicles to ensure none have been loaded.

“The delinquents enter with guns easier than the government can,” said Madistin, the human rights activist and lawyer.

Jean Rebel Dorcenat, the head of a recently revived National Disarmament Commission — the third since 2006 — said the commission has been asking Haitian customs and police to step up enforcement at the country’s ports and airports to better control the importation of arms and ammunition. So far, however, it hasn’t been done. And the Parliament has not approved new legislation on arms control.

Noting that presence of U.S. embassy officials at the airport shortly after Tuesday’s arrest, Dorcenat said everyone involved “owes the country an explanation on what happened.”