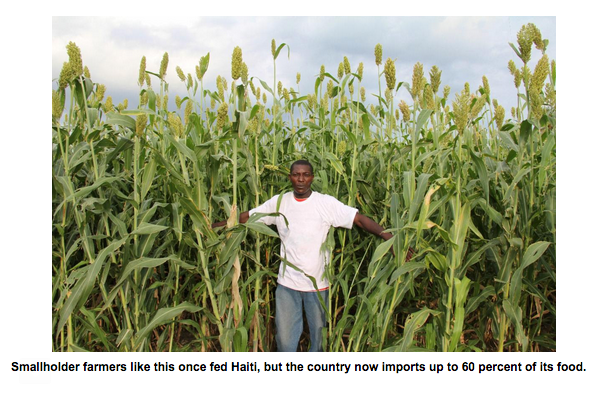 The following is not easy reading, but I am trying to balance an honest and unvarnished assessment of the current crisis in Haiti with specific suggestions to immediately address the situation.
While the popular uprisings now sweeping through Bolivia, Chile and Ecuador are national in scope, the uprising in Haiti is quickly becoming a full scale international humanitarian crisis as the country runs out of food and hundreds of thousands, if not millions, are suffering severe hunger and don’t know when they will eat again. The UN’s World Food Program has warned that one third of the 11 million people in Haiti are in need of immediate food assistance, with 1 million of those now “on the brink of famine.”

A groundswell of public anger at conditions in Haiti led to sporadic protests that began over a year ago. Initially the anger was fueled by outrage over disclosures detailing government corruption. Then came fuel shortages, rampant inflation and food being both expensive and in short supply. These issues coalesced in a new round of much larger and more sustained protests and street demonstrations that began in September, all demanding the removal of President Jovenel Moïse.

At first these were raucous but mostly peaceful expressions of the public mood, eventually gaining sufficient momentum to result in a national lockdown known locally as peyi lòk. But the protests were gradually hijacked by armed gangs sponsored by various players in the current national drama. The police force does not have the numbers or capacity to contain the gangs and so they essentially operate without restrictions. Haiti’s national lockdown is now an armed conflict that has essentially brought life to a halt and the economy to a standstill. And just as the lockdown and related protests are beginning to lose momentum in recent days and give a glimmer of hope, the country is now faced with the specter of famine.