BEVERLY HILLS, Calif.—Never underestimate the fund-raising capabilities of big time Hollywood stars. They do it fast. 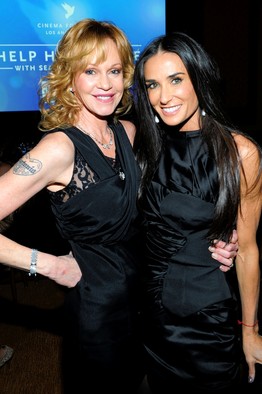 Getty ImagesMelanie Griffith and Demi Moore, top, were among the guests at the event, Cinema for Peace.

This weekend at the Montage Hotel here, Sean Penn, the 51-year-old, rabble-rousing actor who has appeared in such films as “Mystic River,” “Milk” and “Dead Man Walking” and “Shanghai Surprise,” hosted a benefit for the J/P Haitian Relief Organization.

The event, called Cinema for Peace, was on the occasion of the second anniversary of the earthquake in Haiti. It was subtitled “Help Haiti Home with Sean Penn & Friends,” and Mr. Penn clearly has many powerful friends, as only a big-time Hollywood actor can.

They include Bryan Lourd, a partner at CAA; Jeff Robinov, the president of Warner Bros. Pictures Group; Oprah Winfrey, who pledged, via satellite, to personally match $2.5 million in donations; Bill Clinton, who introduced Mr. Penn in a video; the political comedian Bill Maher who served as master of ceremonies; and film stars like Demi Moore, Leonardo DiCaprio, George Clooney, Josh Brolin and Diane Lane, James Gandolfini, Hilary Swank, Orlando Bloom, Mel Gibson (who we’re surprised leaves the house these days with all the trouble he gets himself into) and Julia Roberts. 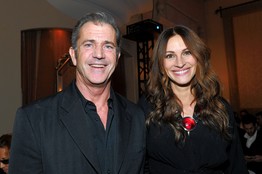 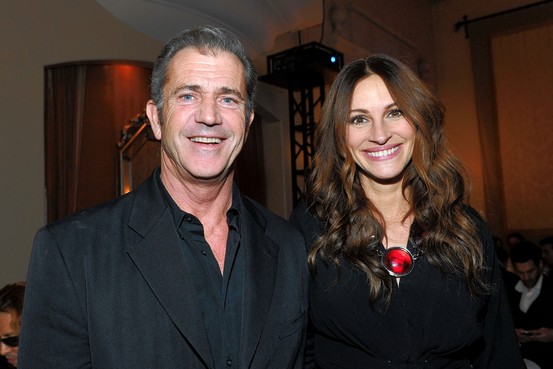 “You can’t spend any time with Sean without having the reoccurring theme of Haiti come up,” said Ms. Roberts at the end of the night. “There’s no removing him from this conversation.”

Ms. Roberts said that Mr. Penn wrote her a “very long, eloquent letter” inviting her to participate in the evening. “At the end of the letter, he wrote, ‘So, wouldya?’ How could I say no? You can’t say no. And this is nothing compared to what Sean does for all these people.”

In one of the more reported moments of the evening, Mr. Penn was named an Ambassador-at-Large to the country. “Yes, I do accept,” Mr. Penn said, saying that he would prefer being called “hey, Mr. Ambassador” to “hey, you p—.”

For all the allusions to cinema—Ms. Winfrey spoke of “The Wizard of Oz” and there being no place like home; Mr. Penn mentioned a screenplay in the works that would cover the rebuilding of Haiti in a similar way as movies like “Good Night and Good Luck” or “Deer Hunter” covered other issues—one of the organization’s greatest supporters, and the evening’s “grand benefactor” was Richard W. Hotes. Mr. Hotes, who splits his time between Seattle and Alaska, is the chief executive officer of Alaska Structures, known for constructing fabric-building systems for extreme environments.

Mr. Hotes said he and his team often help in disaster zones and had visited Haiti within the first week of the earthquake. “I saw Sean on television. He seemed disillusioned and really genuine, and we went back to Haiti with 9,000 tents,” Mr. Hotes recalled. 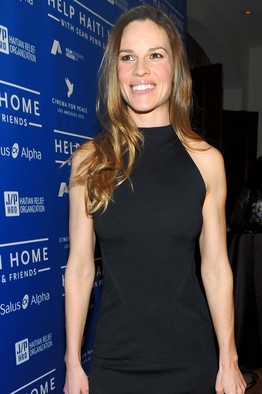 Helping the actor “was a no-brainer. One of his models is about leaders spending time on the ground helping people. It’s about getting dirty. Otherwise we’re never going to understand how poverty works. I think his organization can do with a million what the rest of the world does with a billion.”

The benefit ended with a particularly loose performance by the Canadian band Arcade Fire. Lead singer Win Butler jumped around on several tables—including where Mr. Penn was sitting—while singing an acoustic version of “Wake Up.” We’ve definitely not seen something like that at a fund-raiser in Manhattan.

“New York is a little” stiff, said the fashion designer Donna Karan, who flew in for the benefit. “But I don’t think there’s New York. There’s no L.A. either, there’s just Haiti.”

As he jumped around the room shaking hands and posing for photos, Mr. Penn said he’d only imagined the evening would raise around $850,000, and the $5 million it did far exceeded his expectations.

Helping reach that goal were Ms. Roberts’s husband, Danny Moder, who bought, at auction, a trip to experience Haiti with Mr. Penn for $50,000. On the opposite side of the scale, the Irish singer-songwriter Damien Rice—perhaps you remember his song “The Blower’s Daughter” which featured prominently in Ms. Roberts’s film “Closer”—paid $475,000 for Bono’s “Irish Falcon” Gretsch guitar, personalized to the purchaser.

Who knew Mr. Rice, who worked as a farmer in Tuscany before embarking on his solo career, had so much cash?

“Good luck with your new guitar,” Rainn Wilson, a star of “The Office,” told Mr. Rice on the way out.

Mr. Rice said he made the purchase on impulse, in the moment. “What’s money?” Mr. Rice asked. “I could be dead tomorrow. I could lose everything. Money comes and goes so easily.” He added that he’s friendly with Bono anyway.

Write to Marshall Heyman at marshall.heyman@wsj.com