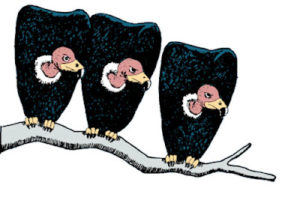 PORT-AU-PRINCE, Haiti (CNN) — Tropical Storm Isaac is gaining power this morning. It’s headed right for Haiti where hundreds of thousands of people are still living in tents after the devastating 2010 earthquake.

Gary Tuchman is at one of these camps in Port-au-Prince and says many residents don’t even know a storm is looming.

The threat of a hurricane in Haiti in August 2012 is much more dire because of what happened here in January 2010 when the earthquake hit Haiti, killing 300,000 people, literally 3 percent of the population; 10 million people live in this country.

And now, you have 400,000 people who are still homeless in Haiti living in one of those tent cities in Port-au-Prince and one called Eka has tents that have been there for most of the last 955 days since January 12, 2010.

And what’s stunning about Isaac, the people here since the earthquake has no idea Isaac is coming. CNN had a translator come through here, and people tells us, “We have nowhere to go.”

The fact is there are shelters but they’re full. They don’t want to leave their tent homes because this is all the have.

One lady says if a storm comes through here, it’ll be wet, the sun will come out, everything will be dry and ok.

Of course they are not ready. The Haitian establishment does not care for the people. They are expected to adapt to a lower status quo, without complaint. And, should they complain, who will listen??

The cash is for the elite, and the Martelly government, with Sophia in the lead as our nation’s most ravenous consumer of cash contributions.

Another disaster means more donor money that can be stolen, more donated goods that can be tied up in customs.