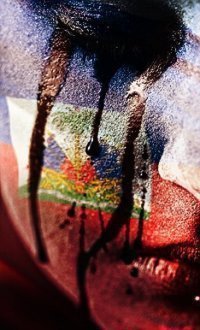 PORT-AU-PRINCE (Reuters) – President Rene Preval on Wednesday rejected U.S. Senate proposals for upcoming elections in Haiti and said one of them could even sow “anarchy” in the earthquake-shattered Caribbean country.

Preval, who earlier this week set November 28 as the date for presidential and legislative elections, was responding to a report issued in June by Senator Richard Lugar, the ranking Republican on the U.S. Senate Foreign Relations Committee.

The report suggested that Preval let Haiti’s international partners help restructure the eight-member Provisional Electoral Council, which has been accused of bias and currying favor with the president.

It also called for arrangements to ensure the participation of factions within an opposition party loyal to exiled former President Jean-Bertrand Aristide, which was blocked from participating in 2009 legislative contests because of a dispute over rival candidate lists.

Speaking at a news conference outside the once-ornate national palace, which was severely damaged during Haiti’s January 12 quake, Preval called Lugar’s proposals “unacceptable.”

He also rejected Lugar’s call for the participation of elements within Aristide’s popular Fanmi Lavalas party in the upcoming elections, saying the party had rightfully been banned from elections last year after rival Lavalas factions submitted competing lists of candidates.

“How can a political party present four or five candidates under the same banner and for the same position,” he asked. “That’s anarchy.”

Preval has repeatedly denied accusations that he handpicked members of the current electoral council and that he was controlling them from behind the scenes.

Haiti’s general elections were originally due to take place on February 28 but were postponed because of the quake that government officials say killed up to 300,000 people and left more than 1.5 million survivors living in crowded camps in and around the capital Port-au-Prince.

In March foreign donors pledged $10 billion over 10 years for rebuilding. Little actual reconstruction work has begun so far, however. More than 1 million people are still living in makeshift tent cities, as the Atlantic hurricane season threatens the impoverished, flood-prone country with another potential natural disaster.

Preval’s successor is scheduled to take office on February 7, 2011, but lawmakers voted recently to allow Preval to remain in office until May 14, if unforeseen problems with the electoral process delay the handover.

The election will cost $29.6 million, of which the Haitian government pledged to provide $7 million. The rest would be provided by international donors.

Everyone in Haiti knows Preval handpicked this Electoral Council which includes his mistress, Madame Cherubin, plus other Preval intimates.

So we don’t let Senator Luga dictate the selection of a new CEP from outside.

The nation deserves a new, unbiased CEP that is free of Preval’s influence and meddling.

With regard to the Lavalas party, their application was presented to the CEP in time for acceptance.  They had a notarized statement from Aristide saying he authorized them to speak on behalf of Lavalas….and then the CEP played a game in which they claimed the paper was not properly witnessed.

This was rubbish. A well known notary flew to South Africa and witnessed Aristide’s signature on the document.

All parties should be allowed participation in the electoral process, but Preval fears this.

It is time for the Internationale Community to insist upon really transparent elections which requires a new CEP.