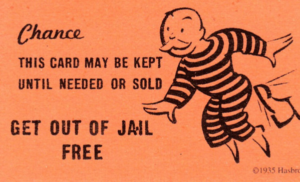 SANTO DOMINGO, Sept. 6 (Xinhua) — Haitian senators are considering a proposal for a resolution calling for a phased withdrawal of UN troops in Haiti, after the alleged rape of a local by Uruguayan peacekeepers has triggered public outrage in the country.

Yvon Buissereth, a senator from Sud (South) province, where the alleged assault occurred, said Tuesday that parliamentarians had held a meeting to discuss the proposal.

Buissereth said the proposal was supported by Youri Latortue, president of the Senate Judiciary Committee, who stressed the need to establish a timetable for the departure of the UN Stabilization Mission in Haiti(MINUSTAH).

Haiti senators are launching the initiative even though the United Nations already has a withdrawal plan for 2012.

Jean Alexis Tolbert, president of the Parliamentary Group for Renewal which has a majority in the lower house, said whether to extend the mandate of MINUSTAH in October should be reconsidered, as “the context that brought the UN force to the country has changed.”

Four Uruguayan marines have been accused of raping an 18-year-old Haitian man in Port-Salut, southern Haiti, on July 28.

In a statement, Haitian President Michel Martelly said the perpetrators of what he called “a collective rape carried out against a young Haitian” would not go unpunished.

Haitian authorities, the UN Mission in Haiti and Uruguay’s Defense Ministry have launched an investigation into the case. The four soldiers suspected of being involved have been detained and Uruguay’s Navy has replaced the head of its naval contingent in the UN peacekeeping mission in Haiti.

“We apologize for the abuse that some soldiers of my country perpetrated,” Mujica wrote in a letter to Martelly.

“Although the damage is irreparable, have the certainty that we will investigate thoroughly and apply the harshest sanctions against those responsible,” Mujica said.

It is not the first time that MINUSTAH was involved in rape cases in Haiti.

In November 2007, the UN repatriated more than 100 peacekeepers belonging to the Sri Lanka contingent involved in cases of sexual abuse against women.

MINUSTAH, established on June 1, 2004 by a resolution of the UN Security Council, has some 12,000 uniformed personnel (soldiers and police), international staff, national officers and volunteers.

“We apologize for the abuse that some soldiers of my country perpetrated,” Mujica wrote in a letter to Martelly.

“Although the damage is irreparable, have the certainty that we will investigate thoroughly and apply the harshest sanctions against those responsible,” Mujica said.

A  recent case saw the American government allow prosecution of an American soldier under local laws in Okinawa. He is now serving a sentence there. This approach should be used by Uruguay in Haiti – as an example to all other MINUSTAH troops who might consider committing crimes in Haiti.