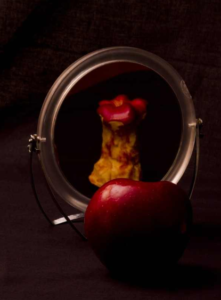 “It’s time for Haitian Parliament to void the Status of Force Agreement (SOFA) between Haiti and MINUSTAH signed by the unconstitutional and unelected Haiti officials in 2004 and subject those in the UN who have prostituted and sodomized our children and poisoned our water system to appropriate national and international courts and justice standards. Deportation and MINUSTAH withdrawal is NOT enough. Innocent Haitians have a human right to a court hearing, trial and reparations for these gross and depraved UN injustices. The UN cannot be above the law. The UN was not conceived and established as a colonizing power or a proxy for enslavers with blanket immunity and impunity for rape, spread of contaminable diseases and crimes against humanity. Justice for Haiti for these gross wrongdoings cannot be left at the DISCRETION of its United Nation victimizers.”

The UN could have a place in helping Haiti but the contract covering their involvement must be a balanced one that does not allow complete and total immunity for crimes that would get life sentences in any civilized country.

The organization is rotten from top to bottom and exists only because it is a cash-cow for the UN as over $1,000,000,000 annually pours into the UN coffers.

Now there are billions in reconstruction funding that can be pillaged, is being pillaged….while the Haitian peasant suffers.

Michel Martelly came to power with the promise to reduce, remove or do something with corruption.

Instead, we see his associated pillaging the Haitian treasury. His Chief of Cabinet, T. Mayard-Paul has made over $1,000,000 from his $1.50 per bag on cement…amounting to something like $10,000 per day. He has also made a lot of money elsewhere. Others do the same as Martelly depends on their incompetent advice……that dooms Haiti.

One could accept a little corruption from a competent, patriotic criminal, but accepting leadership from someone like T. Mayard-Paul is really an insult to the Nation.