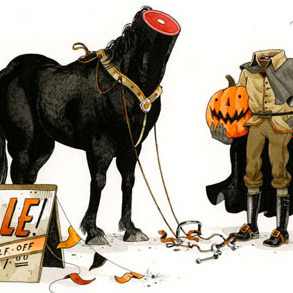 Speaking to his nation Friday night, Feb. 24, Haitian President Michel Martelly sported several pink bracelets that read Tet Kale, or “Bald Head” in Creole, a political slogan referring to Martelly’s own shaved pate. Unfortunately, it’s the Haitian government that’s looking pretty bald at the moment after Friday’s resignation of Martelly’s Prime Minister, Garry Conille, who had only been on the job for four months. In his two-minute television broadcast, Martelly urged Haitians and the international community to “stay calm. We have already taken every step so that the state my continue to work normally.”

But Haiti, the western hemisphere’s poorest nation and arguably its most dysfunctional government, doesn’t work normally in the best of times – and Conille’s sudden departure is a politically seismic shock to Haiti’s recovery, two years after an earthquake that wrecked the country and killed more than 200,000 people. It was also a product of what looks increasingly like an intractable standoff between a populist President, a former carnival singer known as “Sweet Micky,” who seems as imperious as he is inexperienced, and an opposition-controlled Parliament run by entrenched establishment pols who can’t accept an outsider head of state. “This is a big, senseless step backward,” one western diplomat in Port-au-Prince told TIME. “It’s the last thing Haiti needed right now.”

The diplomat’s sentiments are being echoed around the international community – Canadian Foreign Affairs Minister John Baird said the Conille resignation “causes further instability at a time when the Haitian people face serious hardship” – and for good reason. Thanks to the acrimony between President and Parliament, Haiti went without a Prime Minister – who runs the government and therefore oversees disbursement of earthquake recovery funds – for more than six months after Martelly was sworn in last May. During that time, nervous international donors withheld billions of dollars for reconstruction projects.

See “Haiti’s Earthquake Two Years On: Where the Living Mingle With the Dead”

Conille’s installation as Haiti’s No. 2 leader had buoyed them. A U.S.-educated doctor and veteran of U.N. development work, Conille was a top aide to former U.S. President Bill Clinton in the latter’s role as special U.N. envoy to Haiti. In the past four months, Haiti has seen a series of high-profile investments, including the announcement of a $45 million Mariott Hotel and the construction of the Caracol Northern Industrial Park, a $300 million project set to cut ribbon for its first tenant in a matter of weeks. But the new political crisis suddenly renders the future of these and other projects uncertain. Now, after the recent momentum, as Martelly sought to build confidence in Haiti’s potential as a manufacturing, agriculture and tourism hotspot – he insisted Friday that “the country is starting to take off” – his government could find itself back at square one.

And the reasons seem as boorish as they are byzantine. If Conille’s appointment had encouraged the international community, it put domestic pols on edge from the start. Among the sore points that led Martelly, cabinet ministers and parliamentarians to push Conille out: arguments over interpretations of the Haitian Constitution, particularly the powers of the PM versus the President’s; a Senate-led investigation into the alleged dual nationality of Martelly, Conille and other high-ranking government officials (Conille had urged those being targeted to comply and submit documents, while Martelly had advised them not to, calling the probe a conspiracy against him); and Conille’s push to audit $300 million in post-earthquake contracts awarded under his predecessor, Jean-Max Bellerive, a cousin of Martelly’s.

Disagreements between Martelly and Conille had become more public in recent weeks, with the President even arriving unannounced at Conille’s house one evening for an angry exchange. Still, Conille insisted two weeks ago that he wouldn’t step down, that he was in it for the long haul.

But when the government returned to work on Thursday, Feb. 23, after the bright revelry of Carnival, the political mood turned darker. Cabinet ministers and other officials did finally comply with the investigating Senate commission’s request for nationality and travel documents, but they reportedly wore pink Tet Kale bracelets to make it clear they backed Martelly and not Conille. They then openly boycotted a scheduled meeting with the PM – who, humiliated, having lost control of his cabinet and facing the prospect of a no-confidence vote in Parliament, felt “obliged,” as he wrote in his terse resignation letter, to quit.

Conille, a consummate technocrat, can also be blamed to a certain degree for political naivete if not arrogance: running the Haitian government requires more rough-and-tumble shrewdness than a career in the U.N. usually instills. He perhaps could have done more, for example, to assuage concerns in the Parliament that he felt more loyalty to the U.N., Clinton and foreign investors than to Haiti.

Even so, his ouster makes Martelly’s government and Parliament look more foolish and petty than ever. Half the earthquake rubble has yet to be cleared away in Haiti, but the Senate has chosen to make a dual-nationality witchhunt one of its priorities? Given Haiti’s long and ugly history of official corruption, it’s natural that international donors want to see more transparency in the use of their reconstruction billions – and yet when Conille tried to inspect the post-earthquake books, Martelly and his allies pushed back, making it look all the more to the outside world that Haiti has something to hide.

Meanwhile, the Haitian media report that violent crime is up sharply in the capital, Port-au-Prince, during the crisis – with one major daily, Le Nouvelliste, calling the current situation “deconstruction” instead of reconstruction. Conille will stay on to manage routine affairs until a new PM is nominated; Martelly promised the search for Conille’s successor would begin soon, and that government officials and Parliament would resolve the crisis quickly. “Like it or not,” he said, using one of his slogans, “victory is for the people.” But not with a government like this.