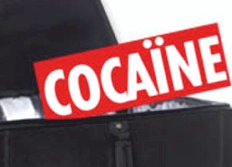 The U.S. Government recalls that the President of the United States annually notify the countries that he considers as major drug producers or transit countries of the drug in the world. In a memorandum sent to Secretary of State Hillary Clinton, Barack Obama mentions twenty countries, including 13 Latin American countries, including Haiti.

In the memorandum, President Barack Obama said that Bolivia and Venezuela are two countries that do not respect their commitments in the fight against illicit drugs, although they still benefit from aid programs. The President said that the presence of a country on that list is not necessarily a reflection of the efforts made by te country in anti-drug or level of cooperation with the United States.

Nevertheless, the presence of Haiti on this list does nothing to promote international aid and investment in Haiti who desperately needs.