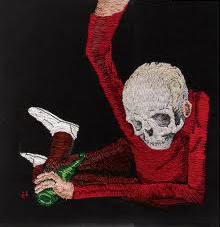 On January 12th, 2010, a massive earthquake struck Haiti claiming the lives of more than 230,000 people and affecting three million others. Significant progress has been made in reconstructing Haiti. Nevertheless, the country remains closer to a state of emergency than a path towards stability or opportunity. In 2011, SOS Children’s Villages helped to address the problem and began constructing new schools and expanded long-term social programs for children and families.

Around the world, SOS Children’s Villages provides family-based, long-term care to children whose biological families can no longer care for them.  With a presence in Haiti for over 30 years, SOS was able to rapidly expand child care programs and establish emergency relief programs immediately following the 2010 earthquake. During the first twelve months following the earthquake, SOS Children’s Villages provided tens of thousands of children with food every day, giving medical care where needed and providing shelter to unaccompanied children.

In 2011, through joint initiatives with other international NGOs (including Save the Children, World Vision, Plan, Care and the International Rescue Committee, among others), SOS Children’s Villages has appealed to the EU and the UN Security Council to systematically continue their efforts while also supporting the Haitian government under President Michel Martelly.

The protection of population groups who are especially exposed to certain risks, such as women, children and adolescents, and the awareness for their needs must be given top priority, along with the creation of an inclusive social safety net, stronger participation of the general population and building up communal resources.

“Otherwise,” says Helmut Kutin, President of SOS Children’s Villages, “Haiti, which is at a crossroads and has a chance of managing a turnaround, will take the wrong turn and be thrown back even further in its development than it has ever been. Those of us who have committed ourselves to helping the people of Haiti must make good on our promises, even if true consolidation is still years away. The people here must be able to see and feel that things are going in the right direction and that they can participate and take responsibility.”

Number of Abandoned Children on the Rise

The lives of many abandoned children in Haiti are bleak. The conditions in most orphanages are catastrophic; measures to ensure children’s rights are respected should be enforced as soon as possible. SOS Children’s Villages is in a position to provide its ample expertise to work on the urgently needed improvement of the quality of care for, and the legal situation of, abandoned children together with government authorities and other NGOs.

SOS Children’s Villages supports disadvantaged families in Port-au-Prince, Cap Haïtien and soon in Les Cayes. The main objective is to strengthen the resources of the communities in order to help families support themselves and to support women in particular. An additional focal point is the expansion and construction of schools and the provision of quality teacher training. In total, SOS Children’s Villages is financing the construction of a community school and four public schools in Santo and the area of Les Cayes; furthermore, two new SOS Schools will accommodate a total of 1,000 students at each of these locations. Comprehensive training courses in child-centered education are being offered for teachers in cooperation with the University Quisqueya.

Situation in the Camps is Critical

Over the last two years, the government of Haiti, the international community, international NGOs and countless aid initiatives have contributed to erasing the devastation left by the earthquake. Reconstruction on this scale is an exceedingly complex and time-consuming process, even more so when the country has a long history of permanent political, social and economic crises.

The situation is especially precarious in the temporary shelters and urban slums. According to the most recent Humanitarian Bulletin issued by OCHA (the UN Office for the Coordination of Humanitarian Affairs), 550,000 people were still living in over 800 camps under worsening hygienic conditions (there were 1.7 million in the immediate aftermath of the earthquake). Cholera remains a serious threat in the camps – and not just there. Reports about a massive growth in the number of acts of violence and sexual attacks on children and women are also alarming.

The food security situation of an estimated 4.6 million Haitians – that’s about 45% of the population – is unsatisfactory according to OCHA, though there is reason to expect some relief from the coming harvest. Food prices remain high. Massive investment in the education system is required for the construction of schools, the training of teachers and the eradication of school fees that restrict school access for many of Haiti’s poorest families.