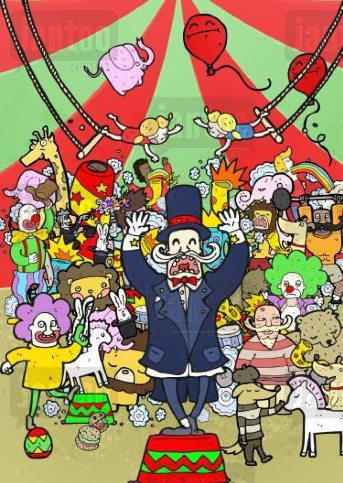 Haiti’s Senate on Wednesday called on the country’s Provisional Electoral Council to cease all operations for Sunday’s presidential and partial legislative runoffs.

The recommendation came after three hours of debate and as concern and uncertainty continue to dog the electoral process four days before the critical vote. A coalition of local observers have announced that they won’t participate, and the private sector has signaled its strong misgivings about the holding of the second round on Sunday.

Before the Senate meeting, a group of business leaders from the Haitian-American Chamber met with senators, and soon went to meet with opposition presidential candidate Jude Celestin. Joined by other business leaders, they asked Celestin whether he was willing to sign an agreement negotiated by Roman Catholic Church Cardinal Chibly Langlois that would postpone the vote until next month and a new president’s swearing-in by March 29. President Michel Martely and his hand-picked successor, candidate Jovenel Moïse, have also been presented with the same question, sources familiar with the agreement said.

The sticking point: Whether Martellly goes or stays after Feb. 7, his constitutionally mandated date to leave office.

“We have to find an honorable exit for the president,” said Sen. Evalière Beauplan, the author of the resolution. “Otherwise, he is inviting a confrontation with the people.”

Beauplan said all sectors recognize that “elections won’t work on Sunday. The actors are not ready, and there is too much turbulence.”

Sen. Youri Latortue, who is among five senators who abstained in the vote that had 15 for and none against, said the resolution lacks the force of law.

“It’s just a recommendation to the CEP,” he said.

Latortue said he would have preferred a more global plan that addressed what will happen in Haiti after Feb. 7. He said he favors one of several proposals that pushes the balloting to next month and leaves Martelly in office until March 29. Another proposal has Martelly leaving on schedule.

The proposals are among several that have been negotiated by members of the private sector and Cardinal Langlois.

“It’s difficult to see the next election without any prior agreement by the parties,” the Chamber of Commerce and Industry of Haiti said Tuesday.

The chamber’s statement said that it “remains convinced that the legitimacy of the next government and the stable development of the economic, political and social life of the country require a consolidation of the electoral process.”

Composed of Haiti’s oldest business associations, the chamber, like the Senate’s resolution, called for the recommendations of an electoral evaluation commission on the Oct. 25 first-round presidential vote to be fully adopted. The chamber also wants a new CEP to take charge of the elections. It is because these recommendations were not adopted that the local watchdog organizations said they will not send about 1,500 observers to voting centers around the country.

While Moïse this week called for Haitians to head to the polls to consolidate democracy, Celestin is calling for a boycott. He calls the vote a “masquerade” and an “affront to democracy” and said he will not participate.

“An election under these conditions will take us to misery and a spiral of violence,” said Sen. Pierre Ricard, a member of the Pitit Dessalines platform who represents the Southeast Department and introduced the resolution. “We don’t know where this violence inside the country will take the country.”

But not everyone shares those views. Some diplomats say that Haitians want to head to the polls, and it’s time to close the electoral process, which began on Aug. 9 with the violence and fraud-marred legislative first round.

Martelly said the government is working to put security in the country so that “elections will happen correctly.” He acknowledged that there are people who are working to disrupt the vote.

“I don’t think one candidate can say when you can have elections or when you can’t,” he said. “My responsibility is to hand over power to an elected president.”

Senator Pierre Richard, of Petit Dessalines, says elections will only lead to increased violence. This is simply because Petit Dessalines is being funded by the Dominican Republic to create chaos in Haiti.

To delay elections, for the Prima Dona Jude Celestin, gives him too much importance.

As is usual, Haitians are looking for convoluted reasons not to do the inevitable.

Martelly must go on February 7th.

Having said this, anything is possible.