PORT-AU-PRINCE (Reuters) – A few stone-throwing protesters stoked Haiti’s political crisis on Saturday, a day after they forced the Caribbean nation to call off a presidential election and despite calls for consensus from global powers.

Haiti was due to choose a replacement for President Michel Martelly in a runoff vote on Sunday, but the two-man race was postponed indefinitely after opposition candidate Jude Celestin refused to participate on alleged fraud that spread anti-government protests and violence nationally. 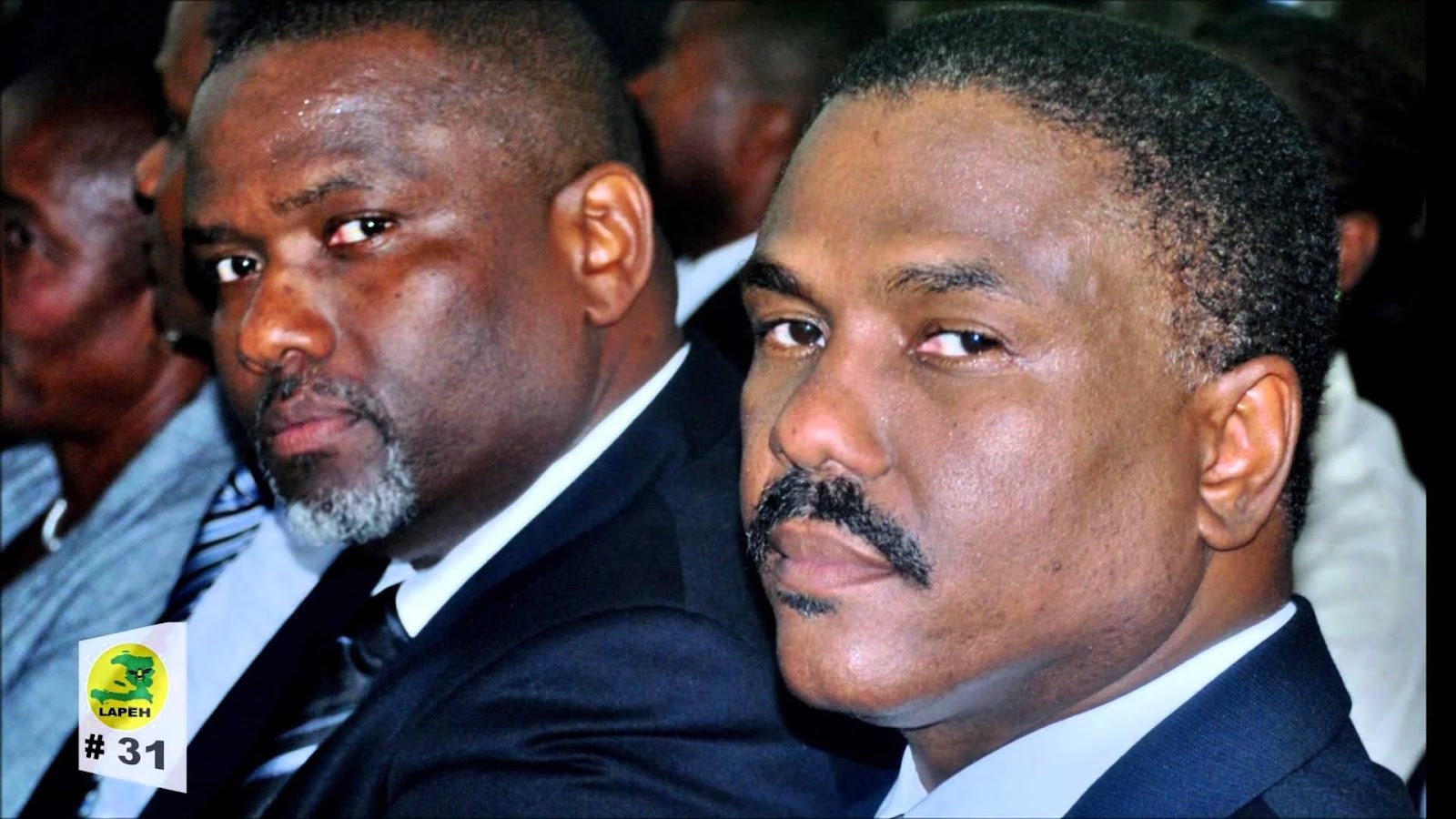 Martelly says the fraud claims are unfounded but critics believe he unfairly favored his chosen successor, banana exporter Jovenel Moise, and some are demanding that Haiti, the poorest country in the Western hemisphere, start its $100 million election again from scratch.

Striking a defiant note, Moise criticized the election council for postponing a vote he was confident of winning, and said he was ready to stand whenever a new date was set. 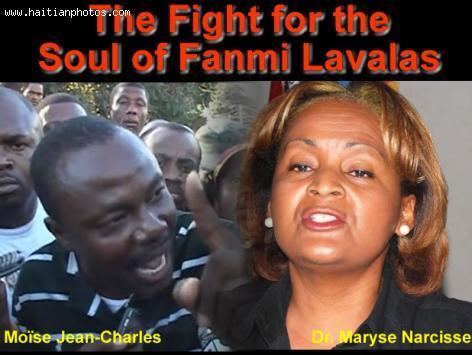 The United Nations joined the United States and other major powers that had supported the election in denouncing the violence and calling for a negotiated solution that leads to a new vote.

Protesters, who were mocking National Police officers (not pictured), simulate a beating during a de …

About a thousand protesters snaked through capital Port-au-Prince’s downtown, a district still largely in ruins after a devastating 2010 earthquake. Some flung rocks and burnt tires, others beat a man alleged to be a thief.

Martelly is due to leave office in two weeks and Haiti may need an interim body to see the country through to the next election, but he and different opposition leaders will struggle to agree on the contours of such an administration.

Haiti has been unable to build a stable democracy since the overthrow of the 1957-1986 dictatorship of the Duvalier family and ensuing military coups and election fraud.

Drawn from the capital’s poorest neighborhoods, the protesters deeply oppose Martelly’s business-friendly reign, which they say was artificially propped-up by foreign powers.

They believe that with him out the way, there will be a better chance of electing a president who will champion the poor.

“We demand the departure of Martelly before Feb. 7,” said Volcy Assad, a protest leader and an aide of Moise Jean-Charles, the third-place candidate in the October round who believes he was cheated of victory.

“We want a transitional government to set up an investigation commission that will determine the sincerity of the elections,” Assad said.

Assad’s Platform Pitit Dessalines party and others with links to former President Jean-Bertrand Aristide’s left-wing movement are prepared to see both rounds of the election annulled, giving themselves another shot at the presidency.

Second-place Celestin, on the other hand, is likely to want to maintain his advantage and quickly organize a clean runoff vote.

“We are very encouraged by the decision to postpone the election. We hope that everything will be put in place to have credible elections as soon as possible,” campaign manager Gerald Germain told Reuters.

Opposition leaders of all stripes said the protests would continue.

United Nations Secretary General Ban Ki-moon condemned this weeks’ violence and was concerned by the delay to the election. His comments were echoed by the U.S. government, which has supported the fraught election to the tune of $30 million.

“The United States supports all efforts aimed at finding consensual and constructive solutions that will conclude the electoral process with an outcome that reflects the will of the people,” a State Department spokeswoman said.

(Additional reporting by Frank Jack Daniel in Haiti and Louis Charbonneau in the United Nations.; Editing by Marguerita Choy and Sandra Maler) 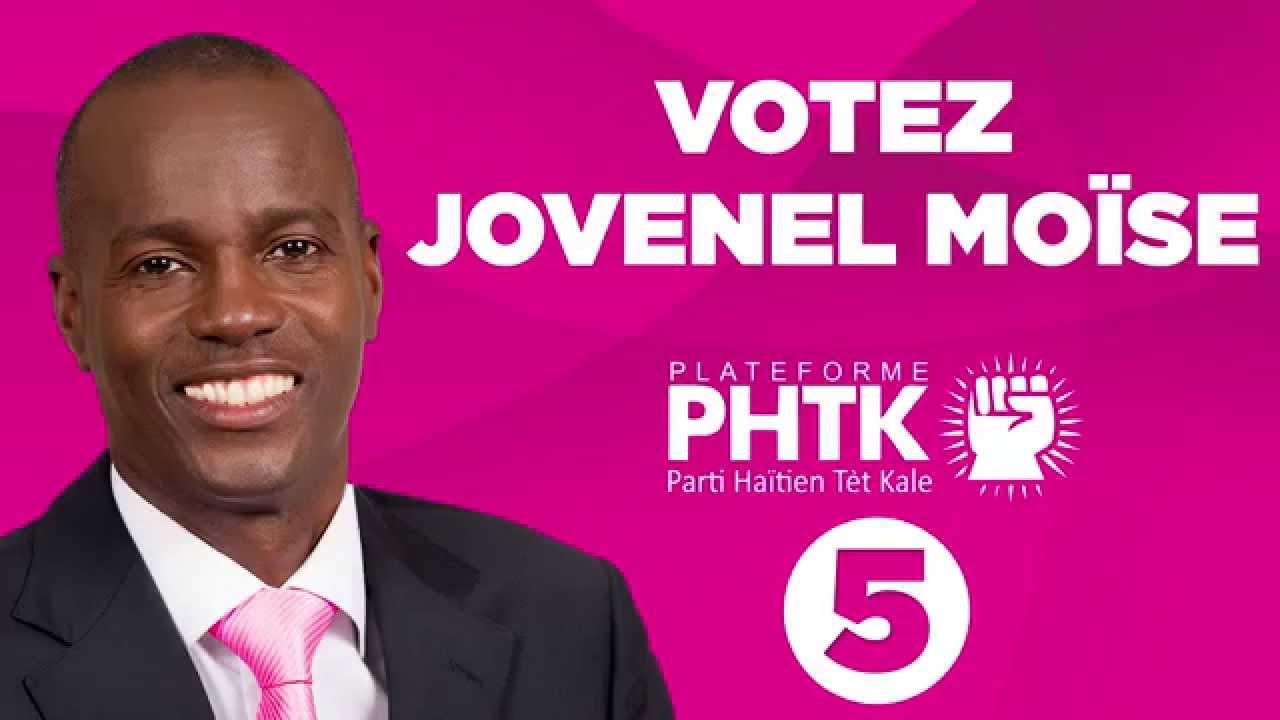 There were no MINUSTAH armored vehicles, or personnel on the streets. Had they been there, we would not be facing today’s troubles. Had Martelly put MINUSTAH/PNH forces, on the streets, to block illegal demonstrations, we would be at peace.

A new approach will weed out those with criminal records, as required by the electoral law. The past elections have allowed convicted criminals seats in both the Senate and Chamber of Deputies.

Moise Jean-Charles is a convicted murderer. His deputy, Assad Volcy will also be ruled out. Petit Dessalines the Aristide-surrogate group, funded by the Dominican Republic, in their effort to destabilize Haiti, will have to find someone else who hasn’t burned people alive.

During Aristide’s “Necklace Period” people were paid 200$H to burn someone. With the inflationary rise in the cost of living, people will expect more for their work. 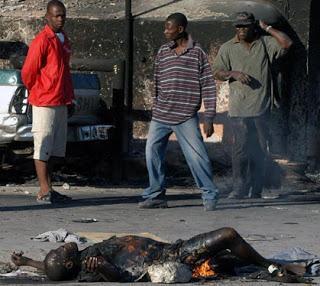 A new, Constitutionally approved, Minimum Wage for Necklacing must be a part of the Petit Dessaline/Aristide campaign’
I can see ARISTIDE’S  motto

MORE PER GALLON OF GAS – USE BICYCLE TIRES 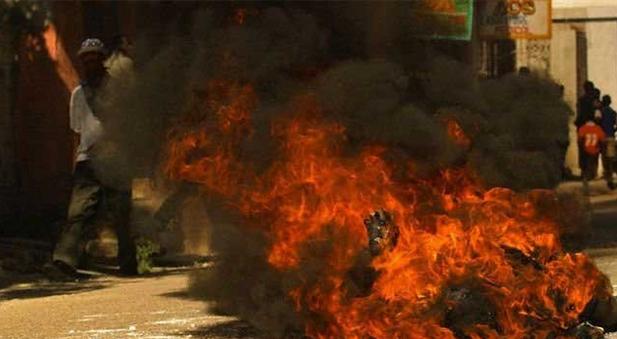