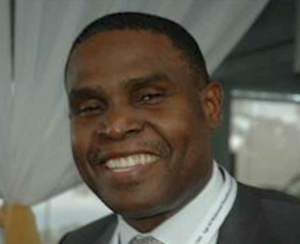 The recent tour of northern Haiti by presidential candidate Jean-Henry Ceant, accompanied by Senator Rudi Boulos, struck fear into the Preval camp. Ceant was received throughout the area, like a visiting prince. He was mobbed at every location, giving credence to a recent  poll’s 42 percent voter support for Ceant.

Rudi Boulos was driven from the senate by Preval, who claimed Boulos was an American citizen. Preval recently returned Boulos’ Haitian passport, admitting he had Haitian citizenship.  The popular Boulos is seen as the potential Prime Minister in a Ceant government. Boulos is white, Ceant is black, creating an  important alliance in a fragmented society.

If this happened, Rene Preval would face justice for his crimes. He cannot flee since asylum will be hard to find. Unlike Aristide, Preval is universally detested. In Haiti, realities are more dangerous than in societies like America’s. As one of Preval’s intimates said yesterday. “Preval is frightened. Preval is like a rat  who has taken poison. He can do anything. He can kill anyone.”

Quick action was required and the Preval team has a plan.

The concept is brilliantly simple.  It will succeed unless someone sees through this case of magician’s misdirection in time to save this poor nation from the predator, Preval.

No one could understand Rene Preval’s selection of Jude Celestin, as his Inite  (Unite)Party candidate for the presidency. Many said it was nepotism, since Celestin is married to Preval’s daughter. Many believed, Preval in his panic to  avoid justice, rolled the dice in a foolish manner. After all, Jude Celestin is tied to many questionable deals in Haiti. He was publicly noted as the man who obtained a false passport for Amaral Duclona, Preval’s gang-leader, now extradited to France for the killing of a French diplomat in Haiti. Duclona has spilled his guts, implicating Preval in many criminal acts.

It would be useful if France released details of  Duclona’s  interrogation.

And a recent MINUSTAH survey has the Preval/Inite party at 2.5 percent, well below any of the other groups. How does Preval win, especially with the tainted Jude Celestin.

On the other hand, Charles Baker and Mirlande Manigat did accept Preval’s invitation. Baker promised to tell the world what was discussed. Since the meeting Baker has remained mute. Same for Manigat.

Rene Preval, in a recent interview with Le Monde, is quoted as saying there would be no winner in the first round of voting. No one has called his hand on this remark. It is more meaningful than most suspect.

Until the Christian Science Monitor commented upon Preval’s undue influence on the overall electoral process, outside observers assumed   everything was proceeding in the usual chaotic Haitian manner. Now, many are asking how a fair election can be held when Preval effectively controls all facets of the process. His own political machine has all of the money. Preval has plundered the treasury for some time in preparation for this pivotal election. His Inite(Unite) candidates will drown all others in a flood of advertising and bribery.

Someone once said, Democracy has no calories. The poor, uneducated Haitian peasant population will vote where their stomach takes them. A few very short term, immediate dollars guarantees very long term disastrous results for Haiti, struggling to recover from January 12’s devastating earthquake. The recovery effort is frozen by cynical Preval government malice. Preval plans to release all blocked assistance material immediately before the election so this avalanche will benefit his Inite candidates.

Percentages have already been decided. Preval’s candidate, Jude Celestin will be wiped out. He will finish well down the list with something like 4 percent. Jean-Henry Ceant, who received 42 percent in a recent poll, will finish a miserable sixth behind the singer Sweet Mickey. Baker and Manigat will be the two going into the run-off though their real popularity is mirrored by single digit figures. Neither has any hope of winning a really free-and-fair competition, and each knows this.

With Preval’s candidate, Jude Celestin, humiliated, the world will say this is indicative of a truly fair ballot.  The Celestin maneuver is simply the brilliant cornerstone for dictatorship.

Charles Baker cannot be controlled by Preval, so he will lose the run-off. Preval promised Manigat, during their 3.5 hour private meeting, that his entire Inite (Unite) organization will back her in the second vote. Madame Manigat will win. With little popular support she will be controlled by the Preval-dominated parliament. Preval plans to steal about 80 percent of the Chamber of Deputies and Senate. He has the cash resources to do this.  Preval will dictate selection of cabinet ministers.

Mirlande Manigat, like her husband Leslie in 1988, will forsake the Haitian people for personal satisfaction. She naively believes she can control things, as did her husband before her.  Leslie Manigat lasted 5 months, after being selected by Haiti’s military, before his ego forced an implosion. How long will Mirlande Manigat last before Preval devours her?

And so Preval sets a first in Haiti.

This will be the coup de grace for a mortally wounded nation.