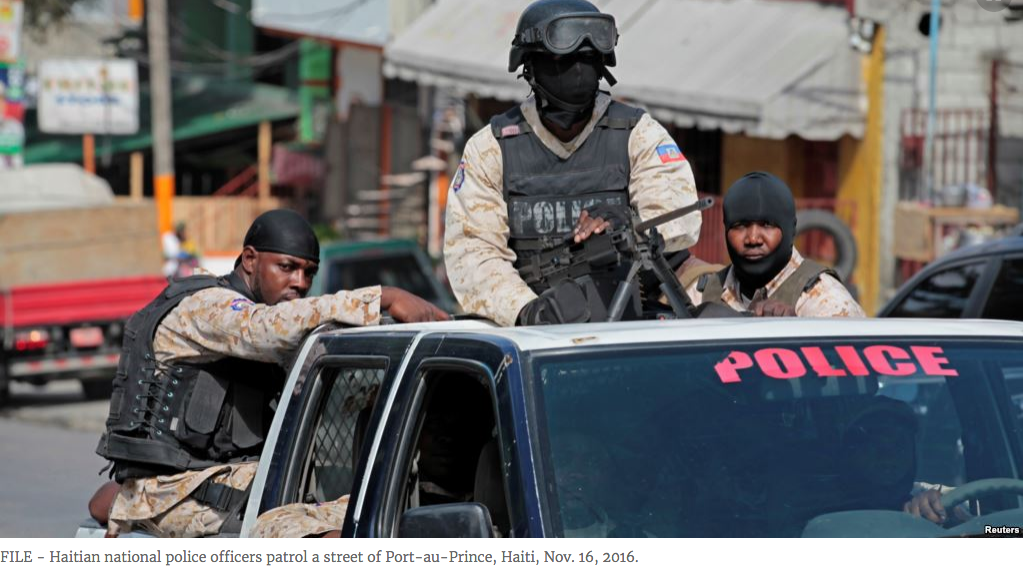 Haiti’s National Police force (PNH) is offering a $27,000 reward (2-million gourdes) for any information leading to the arrest of alleged gang leader Arnel Joseph, who is accused of terrorizing the population in the capital, Port-au-Prince.

Arnel, who is in his 20s, was arrested and sentenced to 6 years in jail in 2011 for the murder of several policemen. He was released in May 2017.

In a conversation with reporters posted on YouTube, Arnel said he considers himself to be a “representative” of Village de Dieu.

Wearing a black T-shirt and a black baseball cap, and hiding most of his face with a black bandana, he said, “Our revolution is the Haitian people’s revolution.”

Arnel called on the police to stop trying to prevent people from protesting. Referring to President Jovenel Moise’s 5-year term in office, Arnel said, “Some governments don’t last the whole 5 years, they leave, but the people will always be here and they will always be with us.”

Arnel also accused the government of instigating disputes between his gang and the police to draw attention away from the PetroCaribe anti-corruption protests. “It’s time for this to end,” he said. “We’re not stupid.”

Protesters are demanding transparency from the government regarding the alleged misuse of $3.8 billion. The money, due to Haiti under the PetroCaribe oil alliances signed between Venezuela and Caribbean nations beginning in June 2005, had been earmarked for infrastructure and social and economic projects.

In September, Jean Renel Senatus, president of the Senate Commission for Justice, Security and Defense, denounced alleged “connections” between some members of the police and Arnel.

“Officials should stop arming these young guys and turning them into criminals. This is not normal and those responsible should be sanctioned,” he said.

The reward offer for Arnel Joseph came after police launched an unsuccessful search for him over the weekend in Village de Dieu, where he is believed to be hiding.