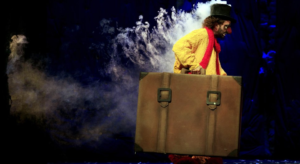 LA VISITE NATIONAL PARK, Haiti (AP) — The police officers and other officials showed up in the mountain clearing on a cool morning armed with shotguns, pistols, sledgehammers and orders for hundreds of squatters to vacate the homes and farms they had carved out of one of Haiti’s few national parks.

The people living there had known they could be removed at any time because they were on a rare piece of protected woodland in one of the most deforested countries on earth. But they were resolved to put up a fight. In a violent clash that lasted several hours, four squatters were shot to death.

Exactly what happened on July 23 is still in dispute, but the episode points to the difficulties facing President Michel Martelly as he tries to bring law and order to a chaotic country still recovering from a devastating 2010 earthquake and successive hurricanes and storms.

Martelly, who took office in May 2011, has made protecting the country’s long-neglected natural environment one of his top four priorities, along with strengthening education, reforming the justice system and improving energy infrastructure.

His government has banned plastic bags and Styrofoam containers, which litter the landscape and clog storm channels. It has backed projects improving sanitation and water quality and has called for a restored military that would patrol forests and help outnumbered rangers prevent further deforestation.

But the administration has quickly learned that applying such high-minded goals to Haiti’s sprawling problems looks easier on paper.

His government cleared thousands of people from squalid displaced-person camps set up in public parks and plazas, in some cases through evictions, sparking widespread criticism of his supposedly heavy-handed tactics. Adding to the discontent was the lack of any government plan for housing the hundreds of thousands of people still left homeless from the quake. In the case of La Visite National Park, officials had nowhere to settle the squatters they were trying to evict.

The government has won small victories: It’s allowed people to resume using the few playgrounds and parks in the capital, giving the city back some of its pre-quake normalcy. But a staggering amount of work remains to be done.

“It’s going to be very hard for the government to strike a balance,” said Yves Colon, a Haiti-born journalism professor at the University of Miami in Coral Gables, Florida. “President Martelly is trying to make these changes but of course they aren’t enough, because there’s so much misery out there, and not everyone will be happy.”

The wear-and-tear from squatters is evident in La Visite, where the cutting of pine trees is plainly visible. It’s considered a critical wildlife habitat and water source for the capital of Port-au-Prince, about 15 miles (25 kilometers) to the northwest. It’s also home to threatened bird species such as the Hispaniolan trogon and golden swallow.

The park dwellers survive by growing their own fruits and vegetables and raising livestock, all activities that require clearing trees.

Philippe Leon, an architect and board member of the Seguin Foundation environmental group, likens the park to a man who’s quickly going bald. “It’s a national and international treasure that’s being destroyed,” he said.

The need to save Haiti’s forests is obvious to anyone who flies over the country and sees the almost completely denuded landscape. In 1925, Haiti had 60 percent of its original forest cover. Today, it has about 2 percent, most of it lost because people cut down trees to make charcoal, the principal source of cooking fuel.

Without trees to stabilize the soil, even modest storms trigger deadly floods and mudslides. Tropical Storm Isaac killed at least 24 people in Haiti when they were swept away by floodwaters, electrocuted or crushed by falling trees or walls.

The forest that makes up La Visite once sprawled over nearly 15,000 acres (6,000 hectares) but is now only about one-third of that size because of deforestation and erosion. It was among three sites designated for protection under former dictator Jean-Claude “Baby Doc” Duvalier in 1983. Sawmill workers who had worked in the park never left despite the designation, and their descendants have been there ever since.

Nonetheless, the Seguin Foundation, and other groups eager to protect the park, don’t defend the raid, even though they think the squatters should leave.

“It was an ill-conceived, ill-prepared … mission,” said Leon, whose group has long urged the government to move the squatters out of the park. “They went in like amateurs and they got met by a population that was angry.”

Environment Minister Jean-Vilmond Hilaire conceded in an interview that the raid had failed and that the government should have worked with the 1,500 people in the park to come up with a relocation plan.

The squatters said the officers ordered them to leave and immediately used sledgehammers to smash the stone walls of their houses. The officers also fired rounds of tear gas, witnesses said, prompting squatters to lob the heavy stones that mark trails through the tall pines. Police responded with bullets, the witnesses said.

“Look,” squatter Jean Daus said as he unzipped a grimy backpack and poured the contents onto his front porch. “Here are the bullets and tear gas canisters.”

While Alfred and other witnesses say the police were the aggressors, no one has been arrested and officials say the incident is still under investigation. Antoine Jean Frehard, a magistrate in the nearest city of Jacmel, said it remained unclear who fired the shots that killed the four men.

Following the shootings, the police left, and the squatters stayed. But Hilaire, who took office after the raid, said the government remains committed to clearing the forest and needs to set a timeline for when it will happen.

“It’s not just giving people money and telling them to move,” he said. “I don’t see it like that. The state needs to identify where it’s going to put these people before it asks them to leave.”

Leon said he hopes the government won’t give up trying to protect the park, calling it a matter of national security for about 4 million people who depend on its water and trees for flood protection.

“The government will have to try to find a solution,” he said, “and it shouldn’t cost any lives.”

The farmers themselves don’t know where or when they’ll be forced out, but many say they’re open to moving if the government provides housing and negotiates more openly.

“The authorities have to sit down with us,” said 31-year-old Wilson Pierre, a third-generation farmer in the park. “And it must be better than what they offered us earlier.”

The Minister of the Environment was an idiot. He must have known what would happen. He send an armed team, complete with ambulance, to remove people from land their families had occupied since 1942. This was not an overnight problem that could have been settled in an afternoon.

Over a dozen people were killed, including 5 police officers. Many more were injured.

There are many other things that could be dealt with but this jerk set out to kick ass.

As a result of this, he is no longer a minister in Martelly’s government.

Property Title is not an easy subject in Haiti and must be approached carefully, otherwise the American Embassy would be tossed of the land it uses. It belongs to a bunch of peasant families and was stolen by UNIBANK and others. This was confirmed by a court action. Unfortunately, the law counts for nothing and the judge is in Miami exile.