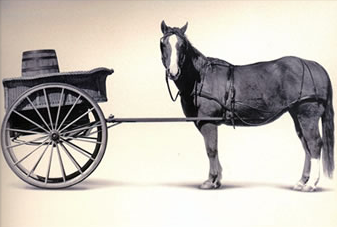 Haiti opened recruitment for its new army Monday, attracting a long line of young Haitians who want to be part of the revived force.

The five-day recruitment drive runs until Friday, and is a significant public step in rebuilding the force, which was dismantled more than two decades ago by former President Jean-Bertrand Aristide.

Since the 1994 disbandment of the Haitian Armed Forces, or FAd’H, there has been a lingering desire by a significant part of the political class and the business community to re-establish the force. The first steps toward re-establishment, however, weren’t taken until former Haitian President Michel Martelly came to power in 2011. He created a commission and sent several dozen Haitians to Ecuador for training. Today, there are about 150 trained individuals.

“I don’t see it as an army,” Haiti Defense Minister Herve Denis said. “I see this more as a defense rather than a security force that we want to create.”

Denis and other advocates of re-establishing a defense force, including current President Jovenel Moise and both leaders of parliament, argue that it’s Haiti’s constitutional right to have an army, since the 1987 constitution was never amended to reflect the disbandment, and with the pending departure of the U.N. Stabilization Mission after 13 years.

Earlier this year, the United Nations Security Council voted to withdraw its military troops from Haiti. As of July 10, the U.N. has ceased operations in Cap-Haitien and Les Cayes, Haiti’s second and third largest cities respectively, and a total of 956 military personnel have been withdrawn, reducing the strength to 1,413 personnel, concentrated in Port-au-Prince.

Publicly, foreign diplomats have said that Haiti is a sovereign country when asked about their position on the re-establishment of the armed forces. Privately, however, they’ve noted that millions have been spent over the years to disarm the old soldiers and strengthen the police, and that they fear an army in a country without any real foreign threats could be used as a political tool against opponents and sow instability.

They also question how poverty-stricken Haiti, which already has problems paying its police and other public servants, will pay for such a force. The proposed budget that was sent to parliament late last month allocates just $8.5 million for defense.

Denis, who recently met with U.S. lawmakers Rep. Maxime Waters, D-Calif., and Florida Republican Sen. Marco Rubio to push the idea, acknowledges that financing is an issue. But he said the money can be found in the new force’s fight against contraband.

Haiti, he said, loses $200 million to $500 million annually in contraband that comes across its border from the Dominican Republic.

The cart before the horse. Backwards. Disaster ahead. Should have started with a balanced temporary Headquarters staff drawn from  from – perhaps – the Avril Promotion. Someone like General Lacrette to help set the groundwork. As it is, the revived FAdH is set to select the wrong people for the wrong reasons. Will become political as Senators and Deputies force their people into the mix. Enlistment now, before the map has really been drawn, is a formula for failure.

Setting out to design a Race Horse and will end up with a Camel..