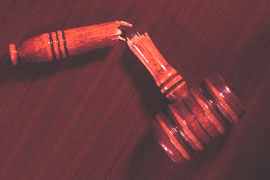 A presidential spokesman says Haiti’s justice minister has stepped down.

The resignation comes after the Chamber of Deputies asked for his dismissal following the overnight lock up of Dep. Arnel Belizaire in October.

The lawmakers were outraged that police jailed Belizaire even though he enjoys immunity as an elected official and there was no formal request to lift his immunity.

They believe Pierre-Louis was one of several officials who ordered Belizaire’s detention.

Belizaire was detained one week after Pierre-Louis took his post along with the rest of Haiti’s new Cabinet.