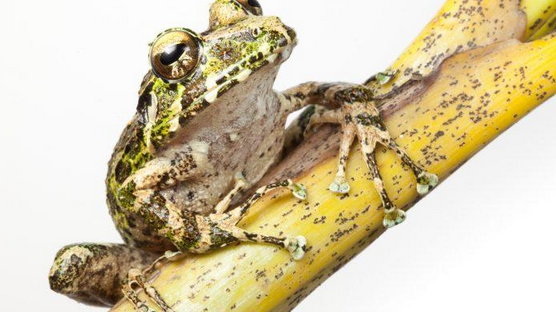 Haiti may not be the first place you think of when nature reserves come to mind.  Much of Haiti has been ravaged by hurricanes, and the primary source of energy for use in homes in Haiti is charcoal, which is created by local people from local trees.  Mainly, the image of Haiti has been a stark one; the country has been called the most deforested country in this hemisphere.

A photo in a 1987 National Geographic centerfold showed a barren Haitian landscape next to a lush, green Dominican Republic. Studies have said that Haiti has only 2% forest remaining but this number is hotly contested.  Due to lack of clear data and long term studies, deforestation in Haiti is poorly understood.

Despite warnings that wood for fuel and charcoal production would run out by the year 2000, prompting an environmental apocalypse, satellite photographs reveal that currently roughly one third of Haiti covered in trees.  Earlier studies were built on extrapolations from flights over the most deforested parts of Haiti. Because of the poor studies, the story of deforestation in Haiti is one of exaggeration.

Despite the confusion and contradictions, Haiti is severely deforested. Much of the areas covered with trees in Haiti are fragmented and original old growth forest is a rarity.  According to Mongabay, recent research has found that as little as 1% of original forest in Haiti remains.  Deforestation in Haiti has a long history, starting in the modern era with large colonial production plantations.  There was actually a small forest resurgence after Haiti gained independence and large plantations were put out of production.  Still, trends today point toward a loss of forest in Haiti not a gain. Even with a third of the country covered with trees, very little virgin forest remains.

The forest that is still untouched in Haiti is truly amazing.  According to a report from USAID, the Caribbean is a hotspot of biodiversity with a large portion of species found nowhere else on Earth.  Even within the Caribbean, Haiti is special. 75% of plants found in Haiti are found only there. Deforestation and the resulting erosion, flooding and destruction of aquatic habitat remain the biggest threat to the biodiversity of Haiti.  Officially, as much as 6% of Haiti’s land is protected by the government but effective protection is estimated to cover only about 0.5%.

One of these officially protected areas is Grand Bois, a place of great importance in terms of Haitian biodiversity. According to Haiti National Trust, Grand Bois is an isolated, bowl-shaped mountain in Southwest Haiti covered in rare rainforest.  The highest summit of the mountain is 1,262 meters (roughly 4,140 ft.) about half of which above the elevation of 1000 meters is still covered in forest.

Grand Bois is home to 68 vertebrate species, including 2 threatened birds and three recently discovered frog species and a critically endangered frog.  Overall, 19 frog species are found in Grand Bois and nowhere else on Earth, which is more frog species than anywhere else in the Caribbean. One frog the Tiburon Stream Frog (Eleutherodactylus semipalmatus) was thought to be extinct until it was rediscovered on Grand Bois after four decades without being seen, according to Global Wildlife Conservation.  The rare Ekman’s Magnolia (Magnolia ekmanii) was also re-discovered after not being seen by scientists for decades.

In 2015, Grand Bois National Park was created to protect this special part of Haiti and its rare species.  Unfortunately, studies by Blair Hedges, director of the Center for Biodiversity at Temple University in the US, and his colleagues show the official protection wasn’t enough.  Forest is still being lost inside national parks in Haiti.

The idea of a private nature reserve in a nation like Haiti raises lots of questions. According to the World Bank, Haiti is extremely vulnerable to natural disasters with 90% of the population susceptible to harm from natural disasters.  In 2016, Hurricane Matthew caused the equivalent of 32% of Haiti’s GDP in damages and parts of the country are still rebuilding.  About 59% of Haitians live below the poverty line of US $2.41 per day and 24% lie below the extreme poverty line of US $1.23 per day.  Small economic growth was shown last year due to agriculture in Haiti, but a drop in financing from Venezuela is causing greater problems within Haiti’s government.

Faced with these stark realities in one of the poorest countries in the Americas, the question become, ‘why care about a nature reserve at all?’ Is the creation of a nature reserve financed by wealthy Haitians and non-profits managed by outsiders just a form of colonialism or is it in the best interest of Haitians?

To answer that question, it must be realized that natural resources such as soil, water and clean air are more important than the money which is based on not only real resources but collective trust of those who use it.  As US President Franklin D. Roosevelt said, “A nation that destroys its soil, destroys itself.”  Besides trees, soil started to improve after the colonial period in Haiti.  Forest health and soil health go hand in hand. Soil health allows agriculture.  Healthy land also contributes to the health of marine habitats surrounding a nation, especially an island nation like Haiti.  Healthy oceans mean fish to eat.

“With less than one percent of Haiti’s original forest left, the country is on the verge of a potential ecological collapse,” said Wes Sechrest, GWC chief scientist and CEO. “We knew that we needed to take action to protect the country’s staggering diversity of unique and threatened species, many of which are found only in Haiti. Global Wildlife Conservation has partnered with Haiti National Trust to directly protect, manage and restore this high-priority conservation site in an effort to begin to turn the tide of centuries of unregulated environmental destruction.”

The article sounds a little on the optimistic side.  The cutting of trees accelerates with each passing day as peasants create charcoal for sale in the Dominican Republic.

Until there is a firm, and concerted effort, to stop the cutting of trees there will soon be none.

Haiti hosted a Pine Forest until recently. The two photos here show a before and after situation.

We salute the effort to create a national park, but it is – perhaps – too little too late.