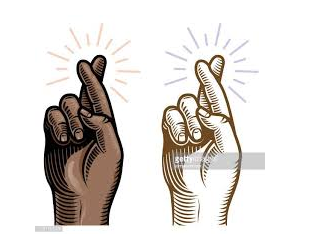 Haiti’s prime minister declared an early victory Wednesday over COVID-19, the respiratory disease caused by the coronavirus, and announced that the country will be reopening textile factories next week.

The government will also decide whether to extend or end a state of emergency first imposed on March 20 after confirming its first two positive infections, Prime Minister Joseph Jouthe said. Jouthe made the announcement during a live press briefing in which he repeatedly noted that Haiti has only recorded three deaths and 40 confirmed cases when the government at first “thought we were going to be at 5,000.”

“This behavior we’ve had is why, thanks to God, I can’t say I have 10 corpses; I can’t say I have 100 corpses like all those developed countries and their big infrastructures,” Jouthe said as he made reference to Haitians’ ongoing defiance of the government’s order against public gatherings. “I think we reacted very well even if the population had lots of little lapses, dancing … having block parties.”

Instead of going the way of most countries in the region, which are enforcing lockdowns and strict social distancing measures in anticipation of more infections and deaths, Jouthe simply called for the use of masks.

The emphasis on masks over stricter social distancing measures indicates Haiti is changing course even as the Pan American Health Organization warns that the region has not yet seen its expected surge of coronavirus infections.

Jouthe’s messaging also seems counter to what the regional health experts are telling countries in the region.

In a Tuesday briefing, PAHO Director Dr. Carissa Etienne warned that social distancing “remains our best bet to reduce transmission and slow the spread of the virus.” She also warned countries in Latin America and the Caribbean that now is not the time to let up on some of the more stringent measures.

“COVID-19 has yet to hit with full force in our region, particularly in Latin America and the Caribbean, and we expect it to intensify in the next few weeks,” Etienne said. “Indeed, the rise in hospitalizations and deaths we see in some countries highlights how quickly the situation could change.”

I hope this works.

All international health organizations say the Caribbean area has not seen the real start of COVID-19 infections.

With Haiti’s closely packed population of 13,000,000, with a lack of hospitals, medical support and the ability t deal with corpses (the crematorium will refuse to accept  COVID-19 victims because they are not equipped) a potential calamity threatens.

I hope that God will protect Haiti.

It deserves some good luck.

To relax our guard before the final inning is played, is not a good course of action. People will stop distancing themselves an stop wearing masks opening the door to disaster.