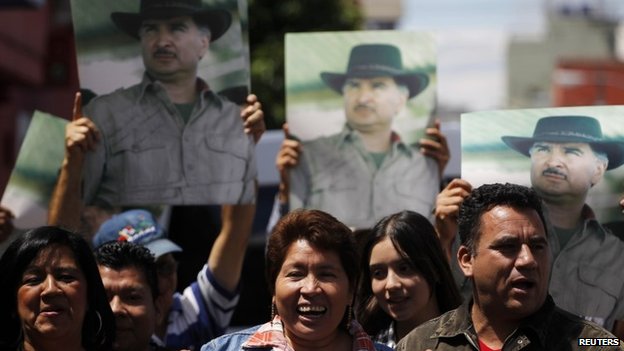 Supporters of the former president took part in a demonstration in Guatemala City
BBC.COM

A court in New York has sentenced former Guatemalan President Alfonso Portillo to five years and 10 months in jail for taking bribes from Taiwan.

Portillo, who was extradited to the United States last year, has also been ordered to pay a $2.5m fine.

He pleaded guilty in March to attempting to launder the illegal money through American banks.

The judge has not decided whether he will serve the remainder of his sentence in the US or Guatemala.

Portillo has already spent a substantial amount of time in jail and has only another 18 months of his sentence to serve.

The time in jail was “a big learning experience for me but also great pain for my family”, Portillo said in court.

District judge Robert Patterson said that the case “will have an impact on how we will treat the violation of laws against corruption in this country”.

Portillo had pleaded guilty to one count of conspiracy to launder money and agreed not to appeal against any prison sentence between four and six years. 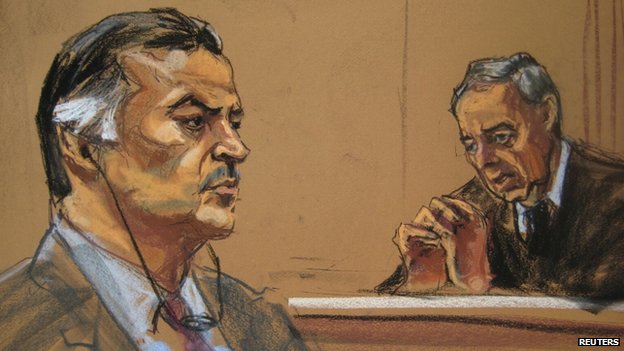 Addressing the court in Spanish, Portillo said he could not justify his crimes, but asked for another opportunity

The US court had jurisdiction over the case because the bribes came from an account at a bank in New York City.

Portillo said he had taken the money in exchange for a promise that his country would continue to recognise Taiwan diplomatically while he was in office, between 2000 and 2004.

Taiwan has significant financial ties to a number of Central American and Caribbean countries that reject China’s claims to sovereignty of the island.

But he denies any wrongdoing and says he did not misuse $10m (£6.5m) in funds donated by Taiwan to help reconstruction after a devastating earthquake in 2001.