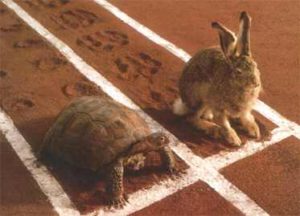 He was a key element during the 1991-1994 embargo when he was OAS representative and worked for Aristide/Preval against the interests of Haiti’s people. He was almost indicted but this was not done to avoid embarrassment for the OAS.

Now, the plays the game as ordered by his true paymaster, Rene Preval. Here is a quote:

“”The head of the OAS-Caricom mission, Colin Granderson, told The Associated Press before the results were announced that officials could consider putting a third candidate in the runoff if the vote is nearly tied.””

This was a part of the current Preval game.

In a meeting with Ambassador Merten, MINUSTAH chief Mulet, and OAS representative Ricardo, Preval pressed for a 3 person run-off. He was told this was impossible unless two of the candidates tied. Preval then set out to create this situation by reporting Celestin with 22.48 percent and Martelly with 21.84 percent….and Granderson carries through by recommending the 3 candidate solution.

Granderson must be thrown out in such a way that he can never return…not even as a tourist. He should actually stay, as a convicted criminal, but that is too much to hope for.

The Preval electoral fraud is soo obvious that it would not fool a small child. The percentages are so unrealistic as to be unbelievable. But the unbelievable is supported by the fraudulent Boulos BRIDE polls that were paid for by Preval in a successful effort to convince the International Community that Mirlande Manigat and Celestin actually had substantial support among the Haiti’s 4,500,000 voters.

This is not the case.

In actual fact, Ceant, Baker and Martelly were the three leaders in a real poll with Ceant commanding an impressive 42%.

There is little wonder in the fact that Haiti’s voters reacted in the only way left to them. They launched a night of violence….and the International Community listened….a little late, but it listened.

Now Preval must step down.

A new CEP – Electoral Council must be named.

A new election must be coordinated with sufficient security and observers to ensure that it is truly free-and-fair.

1 thought on “GRANDERSON REMAINS A PART OF PREVAL GAME”