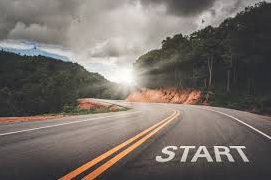 “We cannot return to life before the pandemic,” the German chancellor warns. “Our everyday lives will be different.”

By Adela Suliman and Andy Eckardt

German Chancellor Angela Merkel on Thursday warned that the battle against the coronavirus was in its early stages and that the pandemic looked set to be part of life for the long term.

The leader of Europe’s largest economy also lent her support to the embattled World Health Organization, which has come under fire from President Donald Trump for its handling of the global pandemic.

“No one likes to hear this, but we are living at the beginning of the pandemic,” Merkel said in an address to the Bundestag, the lower house of Parliament.

She also warned that Germany was still on “thin ice.”

“We cannot return to life before the pandemic,” Merkel added. “Our everyday lives will be different.”

Germany has fared better than most European countries in the battle to stem the spread of COVID-19, with fewer deaths. As of Thursday, some 5,094 people had died in Germany according to an NBC News count, compared to 21,340 in nearby France and 25,085 in hard-hit Italy.

All 16 of Germany’s federal states introduced mandatory masks in shops and on public transportation, as some measures eased.

But while it is widely seen to have weathered the pandemic better than most, Germany is experiencing a fierce economic backlash as a result of virus-related shutdowns.

Merkel, who last month undertook a period of quarantine herself although she has consistently tested negative for the coronavirus, told lawmakers that implementing social restrictions had been among the hardest decisions of her political career.

“With the discipline of the last weeks, we have slowed the spread of the virus,” Merkel said, adding that Germany had “won time.”

Merkel also said the WHO had been an “indispensable partner” in the face of the global virus, which has so far killed 183,559 people, according to John Hopkins University.

On April 14, Trump said he would halt funding to the global health body pending a review into its response to the initial coronavirus outbreak in China. He accused the WHO of “severely mismanaging and covering up” the crisis, specifically the initial outbreak in Wuhan, China.