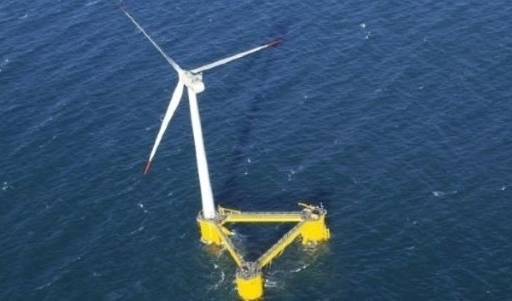 Scotland’s Hywind is a 30 MW wind farm off the Aberdeenshire coast. Since October 2017, the five turbines have been operating as the world’s largest testbed for floating wind technology. Now, it’s a business.

On June 19, the Danish energy-trading firm Danske Commodities announced it will buy all of Hywind Scotland’s power over 20 years, the first agreement of its kind. The contract promises to open the floodgates for floating offshore wind power, an idea previously limited to prototypes and pilots.

Proving out the business case had until now deterred most companies. “The time needed to attain profitability is long, and the sums of money required are large, considering the uncertainty in the eventual market,” states the International Renewable Energy Agency. But Hywind Scotland, located 15 miles (24 km) from shore in 345 ft (105 m) of water, appears to have proven out the case.

Over a stormy three-month period from November 2018 to January 2019, the turbines survived extreme conditions while churning out 65% of their maximum capacity as a North Atlantic hurricane sent swells topping 27 ft. That production capacity compares to 36.9% for wind turbines in the US (almost all of them on land) and 45.8% for Danish offshore wind over a comparable 12-month period ending in February 2018. Hywind even beat out the average capacity of fossil fuel plants. Over the course of a year, it’s capable of generating 135GW hours of clean electricity, sufficient for 20,000 Scottish homes.

Until recently, full-scale floating turbines were mostly blueprints. Oil drilling technology made it a reality. After decades prospecting offshore, oil companies knew how to create stable platforms capable of surviving the high seas. Since the 1970s, they’ve drilled ever deeper in waters as far down as 8,200 ft (2,500 m) off Latin America, the US, and Africa. Norwegian oil firm Equinor (formerly Statoil) pivoted its drilling expertise into offshore wind. It spent eight years testing a floating turbine prototype off Norway, and is now one of the world’s largest offshore wind companies, as well as the primary backer of Hywind.

Hywind’s towers rise 833 ft (254 m) high, about three times taller than the Statue of Liberty. Roughly a third of the structure is submerged and ballasted by 5,000 tons of iron. Chains weighing 1,323 tons anchor it to the seafloor. A 1 MW battery nicknamed the “Batwind” system has been hooked up to to smooth out power flow. 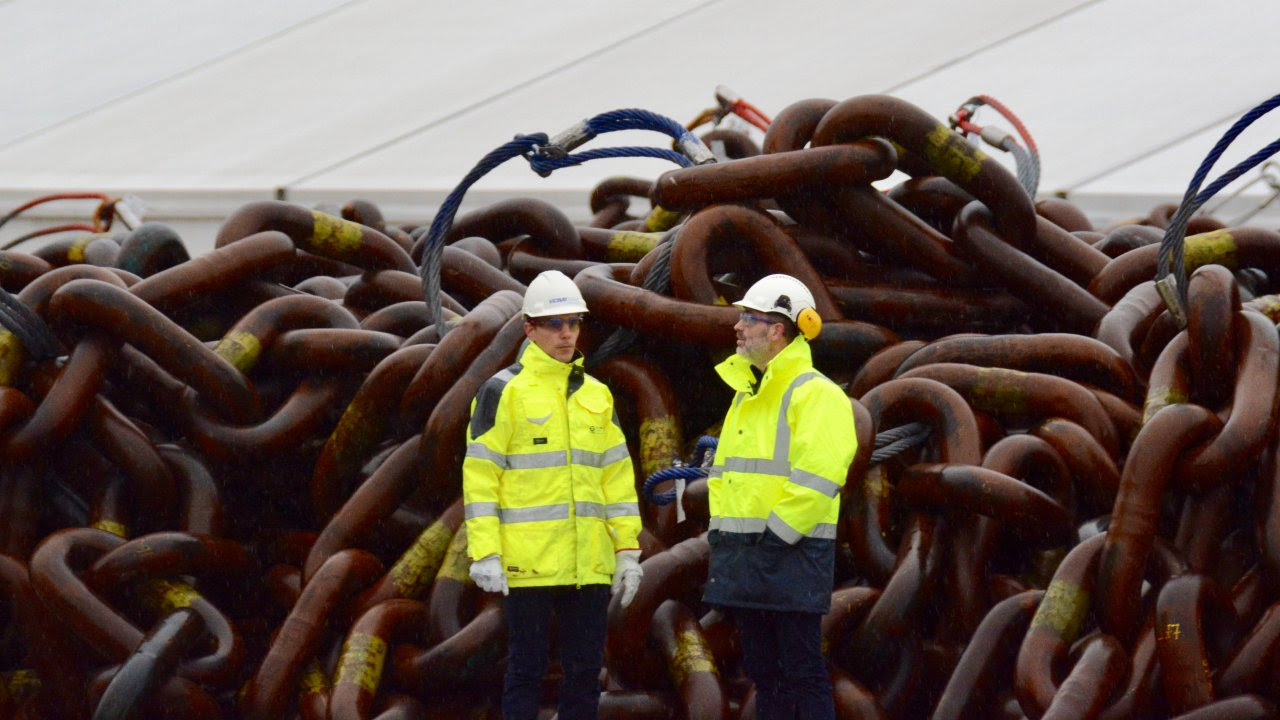 Equinor is now projecting massive expansion for floating wind—13 GW globally by 2030—as costs decline steeply. Wind power favors going further offshore, which yields faster and more consistent winds. That translates to exponentially more power. A wind turbine’s energy generation increases as a cube of the wind speed (twice the wind speed generates eight times more power, for example). More than 80% of offshore wind potential is located in waters (pdf) deeper than 197 ft (60 m), where it’s economically unattractive to build directly on the seabed. Floating turbines fill the gap. Costs for the technology have already fallen by 60% to 70% since Norway’s first pilot in 2009. Equinor says it can slice those in half yet again to about the $50 to $70 megawatt-hour range by 2030 (the levelized cost of energy)—far cheaper than coal.

The market is moving in that direction. Europe has 50 floating wind projects (pdf) in different stages of development, and Scotland aims to generate the equivalent of 100% of its electricity from renewables by next year. The US Department of Energy is investing $28 million in offshore wind based off Hywind’s success, and Maine is developing its own project. The UK, Portugal, Spain, and France have all begun moving ahead (pdf) with commercialization.