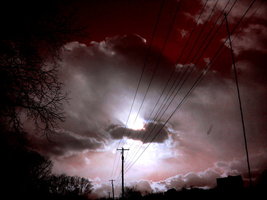 PORT-AU-PRINCE, Haiti (defend.ht) – The Director General of Electricity d’Haiti (EDH), Andress Apollon said earlier this week that EDH is $ 60 million in debt and the Ministries of Finance and Public Works launched the process for the creation of an inter-ministerial commission to renegotiate contracts with three suppliers Haytrac, Sogener and E Power.

The Haitian authorities have denounced the excessively high rates of Haitian suppliers that contribute to increasing the debt of EDH. The public company drags a debt of 60 million dollars says Ms. Apollon, who says she inherited a difficult situation.

She explains that Electricity d’Haiti(EDH) can devote only 20% ($ 1 million) of its monthly revenues to pay the suppliers. In addition, the Public Treasury provides a monthly subsidy of $ 5 million, bringing the envelope to 6 million. However, the invoice of the 3 providers is of 12 million dollars monthly magazine.Director of Electricity d’Haiti(EDH) noted that the debt of 60 million dollars spread over the last 10 months.

Due to the arrears, the E Power Company decided  on June 19, 2013 to turn off its engines connected to the network of Electricity d’Haiti(EDH). Negotiation is more inevitable than ever between suppliers and EDH, only clients of these companies, says Andress  Apollon.

Ms. Apollo reveals that her administration has made efforts to repay part of the debt. She argues that the company had already paid $ 95 million, including 40 million from loans from banks.

A renegotiation of the terms of contracts with suppliers will reduce the bill for Electricity d’Haiti(EDH), which has increased the revenue by 20% during the last fiscal year.

Of course, much of the Haitian electricity is stolen through the use of illegal wire known as Cumberlands.