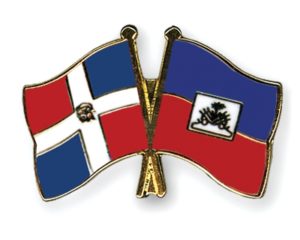 The Dominican lower house originally was expected to create a committee to analyze the bill, but legislators noted there was an urgency to vote on the measure filed this week by President Danilo Medina’s office. The proposal now goes to the Senate for debate.

“No other issue has generated so much interest,” legislator Ruben Maldonado said.

Anibal de Castro, the Dominican Republic’s ambassador to the U.S., praised the measure.

“The government is providing a practical solution that ensures the fundamental rights of all persons residing in the Dominican Republic, especially those born and raised in the country,” he said in a statement.

Medina submitted the bill after a court last year issued a much-criticized ruling that would allow the government to strip the citizenship of thousands of people born to migrants living illegally in the Dominican Republic.

Medina’s bill seeks to uphold citizenship rights for children born to foreign parents, but only those registered with the government and who have various identification documents. Critics have noted that many people do not possess those documents or have had them seized by government officials, which would force them to register as aliens in their birthplace.

Juliana Deguis Pierre, a woman of Haitian descent who has been fighting for her Dominican citizenship, said she hopes the measure achieves what it promises.

“I hope to God they give (my citizenship) back to me because of everything I’ve been through and everything I’ve suffered,” she said in an interview. Deguis, 29, was barred earlier this year from flying to the U.S. to meet with a human rights body.

Salim Succar, a special adviser to Haitian Prime Minister Laurent Lamothe, said his office has received the bill and is “reviewing it to verify whether it addresses the concerns raised during our meetings with the Dominican authorities.”

The court ruling had further aggravated relations between the Dominican Republic and Haiti, which share the island of Hispaniola, with both countries pulling their respective ambassadors. Government officials have since met to talk about the ruling, as well as the repatriations of hundreds of Haitians and Dominicans of Haitian descent.