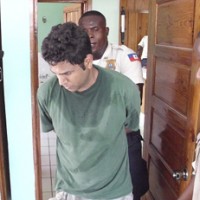 The PNH/ATF launched an investigation  and located two operations in Fragneau Ville and Delmas 30.

Monday, officials from CONATEL  accompanied four judges and police officers,    carried out a raid on the two locations. They seized equipment typical of a bypassing operation   Five arrests were made. Several  arrest warrants  are in process.

9    Simulation Boxes  were seized along with  11  dish  antennas,  plus  routers, power cells and regulators.

CONATEL estimates   loss to carriers and the State to be over $750,000 [US] per month.   Charles Gentile Vice President of Calldirek, a major Miami-based phone card operation,  was  arrested. Police are seeking others  on an international basis.