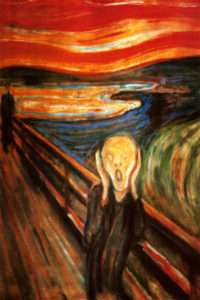 PORT-AU-PRINCE, Haiti — For Pierre Yves Jovin, director of the Port-au-Prince city morgue and his employees, the nightmare doesn’t end.

After the Jan. 12 earthquake that killed more than 250,000 people, the morgue was inundated with thousands of corpses. Not only were the refrigerated rooms full but the hallways, and hundreds of bodies lay in the parking lot around the building.

His employees, about of 15 of them, worked around the clock, throwing bodies into dump trucks so they could be buried in common graves.

Sometimes that included the remains of people they knew.

“They had to suffer tremendous shock,” said Jovin. “One employee no longer shows up. I’m told he wanders the street and has lost his mind. Others are drinking much more alcohol than before. One, a young man who was always a good worker, I think may be close to going crazy.”

Jovin recently heard that Haitian mental health experts are prepared to counsel people who are suffering psychological effects from the earthquake.

“I myself felt badly afterwards and a doctor asked me about stress and the possibility that I was suffering from depression,” he said. “Yes, I hope those psychologists can give us some help.”

Psychologist Roseline Benjamin and Dr. Jeanne Marjorie Joseph are two of Haiti’s top mental health professionals, attached to the new Haitian Psychotrauma Center that was formed right after the quake.

They are trying to be the calm at the eye of the Haitian storm.

They say unlike Jovin, some of the individuals they have encountered have been in denial. Benjamin recalled the man who refused to believe that his son had been killed in the quake.

“He said the boy was studying in Australia, would be gone a long time, but someday would come back,” Benjamin said.

“They told themselves the child was out of the house when the earthquake hit, but in fact the child was in the home when it collapsed and was certainly dead,” she said. “They convinced themselves he would walk up again any day.”

“But denial is normal for a time,” she adds. “After a while the majority of people organize themselves and accept the truth.”

In the hours that followed the quake, parents dug through rubble to recover their dead children. Some kids found they were orphans.

Extended families, the survivors, that is, made the rounds of homes and totaled up their dead. Sometimes it was many relatives.

The Haiti earthquake was the deadliest natural disaster to strike one country since a 1970 cyclone in Bangladesh took an estimated 500,000 lives. Haitian public health officials understood right away that citizens would face great difficulty coping.

“Losing a child is the worst thing that can happen to a person,” Benjamin said. In this case, thousands of Haitians lost children in the same few moments.

Benjamin, already well-known in Haiti, was asked to head the Haitian counseling effort. Foreign counselors also were brought in by Save the Children, UNICEF, the Canadian Red Cross and other organizations.

But in the first days, there was just so much counselors could do.

Just about everyone was unhinged by the catastrophe. Aftershocks shook day and night. People struggled to find water, food, shelter.

They crisscrossed the ruined city on foot endlessly, to find and bury their dead. But for hygiene reasons, most the dead were dumped in common graves within days, without ceremony. Others are still buried under rubble.

“Not finding bodies complicates the grieving process,” said Joseph. “It takes much longer to put it behind you when you can’t give proper burial to the dead.”

As psychologists and other mental health workers set up, many of them attached to medical facilities, they encountered “every symptom a person can develop after such an event,” Benjamin said.

“We have people still feeling aftershocks when there are no longer aftershocks. We also have people who are still so afraid that they will not enter any building made of concrete, even though it has been determined to be safe.”
Other symptoms are sleeplessness, panic attacks, phobias, phantom pains, frequent crying, substance abuse.

It is among young children that the psychologists fear the cases of depression are most likely to go unnoticed, unreported and untreated.

The symptoms in children are different forms of regression. Children wet their beds or become afraid of the dark. The child that spoke well before, no longer does.

“They become afraid to be alone and cling to adults,” says Benjamin. “They don’t want to play and they withdraw, or in some cases they become aggressive.”

The psychologists are consulting with the Temmy & Albert Latner Israel Center for the Treatment of Psychotrauma in Jerusalem, because the Israelis have extensive experience dealing with similar problems.

They also say the danger of such conditions going untreated is psychological illness that could affect individuals all their lives.

Joseph emphasizes that the Haitian government must try to give as many people as possible a role in the rebuilding of the country.

“So far the government hasn’t done that,” she says. “But it is very important that it be done. That will give people hope.”

1 thought on “Counselors struggle to save minds traumatized by destruction, death in Haiti”