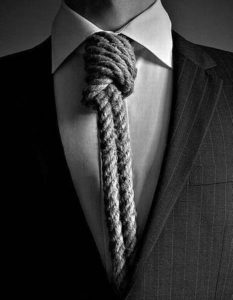 PORT-AU-PRINCE, Haiti, June 20 (UPI) — Volunteer doctors and donated supplies poured in from abroad after the January Haiti earthquake, but local doctors and private hospitals say they are closing.

They can’t compete with the free medical care, The Dallas Morning News reported.

Centre Hospitalier du Sacre-Coeur/CDTI, a private facility owned by Dr. Reynold Savain and his family, was the most advanced in Haiti, the newspaper said.

After the earthquake, “I gave everything,” Savain told the Morning News. “I turned the hospital over to the Americans and some of these big NGOs (nongovernmental organizations such as the American Red Cross) because they said they had money and they would help me. But nobody gave me a dime.”

Savain closed the facilities March 31 after three months without paying his 177 employees.

“Healthcare is free now” from volunteers, Savain 55, a radiologist and third-generation physician, told the Morning News. “And so, unless something changes, the private Haitian medical sector will not be able to survive.”

Dr. Michel Theard, told the newspaper, “Free care is perfect. You can imagine more and better things now.” He sits on the board of the Canape-Vert hospital, a 30-bed private facility that now serves only six or seven patients. The staff has been slashed in half.

“Local doctors gave away free care at the beginning, like everyone else,” he told the newspaper. “But they have to survive. They have their own families and their own responsibilities.”
——————————————————————
COMMENT: HAITIAN-TRUTH.ORG

Centre Hospitalier du Sacre-Coeur/CDTI, a private facility owned by Dr. Reynold Savain and his family, is a sad example of what happened after the quake. When the disaster struck, Savain opened his doors, no questions asked. He, and his staff, were there to help those who needed help. As a result, all of his consumables were eaten up and never replaced.

Millions of dollars in cash, supplies, and equipment were funneled into other organizations. There is a private hospital, run by a lady doctor who is a plastic surgeon – I forget her name. The French gave her hundreds of thousands of dollars in medical supplies, followed by over a million dollars in equipment. They paid the cost of the medical procedures.

This lady is so greedy that she paid the doctors, working during the emergency, peanuts, while she pocketed thousands for each orthopedic operations. then, not satisfied with this, she charged the price of a full procedure when a patient simply came in for a follow-up.

This lady profited from the disaster.

Savain’s operation was abandoned by everyone. President Preval refused to assist, and the facility closed. It was one of the few really good operations in the nation. The Government General Hospital is an abattoir suited to a Roger Corman horror film, except footage shot there would never get past the censors.

Preval’s actions will haunt Haiti as it struggles to obtain funding for new hospitals. Investors are openly frightened by what happened to Savain, and President Preval’s callous indifference..

People are misplacing the focus for blaming the free medical help for the Haitian decline of services. Most of those obtaining help could not afford to see a doctor in the first place. Many of these people have never seen a doctor. Thank God for the foreign volunteers.

There is a small facility run by Aimer Haiti, close to the American embassy. It was in operation before the quake and was one of the few facilities that survived, to help Haitian victims. Even now it has an average of 500 people outside its gates each morning. Most are parents, bringing children for treatment.

Don’t criticize the free medical support, offered to desperate Haitians who have no other recourse and will be back to zero when the foreigners go home

People should criticize President Preval, and his government, for making absolutely no effort to help the people of Haiti – EVER!!!