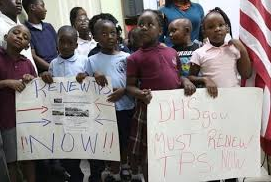 MIAMI — As President Trump travels north to Canadato attend the G7 summit, Canadian officials have been heading south to try to stem a wave of undocumented immigrants headed their way.

In what has become an increasingly regular mission, Canadian representatives visited the U.S this week to warn immigrants fearful over President Trump’s immigration crackdown that they can’t simply rush north of the border to find safe haven.

Randy Boissonnault, a liberal member of Parliament and a special advisor to Canadian Prime Minister Justin Trudeau, visited South Florida this week to try to educate would-be immigrants about the limitations of the Canadian immigration system.

In the past year, Canada has seen bursts of U.S.-based immigrants crossing illegally into Canada, mostly into the Quebec province that borders New York and other northeastern U.S. states.

In August, Royal Canadian Mounted Police caught more than 5,500 people trying to illegally cross from the U.S. Those were mostly Haitian immigrants who will soon loseTemporary Protected Status as part of the Trump administration’s phase-out of the TPS programthat has protected more than 300,000 people from countries struck by war and natural disasters.

Only about 8% of their asylum application have been approved, however, meaning the vast majority have been turned down and are being deported straight back to their home countries.

“People seem to think that if they cross the border there’s this land of milk and honey on the other side,” Boissonnault said from the Canadian consulate in Miami on Thursday. “What we want is for people to have the right information. We want them to do the right thing for their families.”

The Canadians started conducting their visits to the U.S. last summer, when they first saw their illegal immigration numbers going up. They’ve visited Los Angeles, where many Mexican and Central American immigrants live. And they’ve made several trips to the Little Haiti neighborhood of Miami.

This week, Boissonnault met with groups that work with a variety of immigrants in South Florida. He even went on a Radio Caracol, a Spanish-language station, to explain the realities of immigration using his best Spanish.

Olga Radchenko, director of parliamentary affairs for Canada’s Minister of Immigration, Refugees and Citizenship, said officials in their 12 consulates around the U.S. have been trying to deliver the same message. And by this summer, the Miami consulate will have a new full-time officer whose responsibilities will include outreach to communities most likely to try to illegally enter Canada.

Part of the reason many immigrants try their luck in Canada is the way the country has responded to the global refugee crisis.

The country has been increasing the total number of immigrants it admits each year. It’s on pace to accept 310,000 permanent residents this year, with a goal of increasing the annual total to 340,000 by 2020.

The Canadian government has also increased the number of refugees it accepts to help ease the burden on European countries that are overwhelmed with people fleeing war and famine in the Middle East and Africa. The country is planning to accept about 43,000 refugees this year, increasing that to nearly 49,000 by 2020.

Meanwhile, the Trump administration has been trying to limit legal immigration and has at times completely halted the refugee program in the name of national security.

The administration is pushing legislation to reduce the number of legal immigrants admitted to the country, and it set a capof 45,000 refugees for 2018, the lowest number since Congress passed the Refugee Act in 1980. The administration may not even reach that number, however, as it has only approved 14,887 refugees through Friday with less than four months left in the fiscal year.

The Canadian officials would not comment on the Trump administration’s actions on immigration, but they emphasized how Canada, like the United States, is a land of immigrants that must always welcome those searching for a better life.

“Other than indigenous peoples…our country has been built on, and will continue to be built on, immigration,” he said. “But if you cross the border illegally, you will be breaking the law. You will be apprehended. And after that, you will be in detention.”