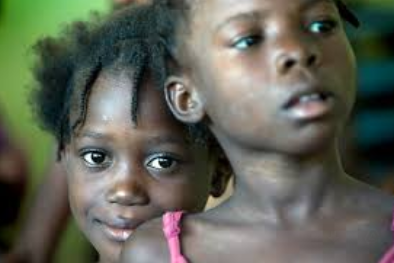 The Biden administration announced Saturday that it will re-designate Haiti under the Temporary Protected Status (TPS) program for 18 months, a move that marks a key win for Democrats and immigration advocacy groups.

The designation will allow Haitians in the U.S. to obtain a work permit and permission to stay in the country amid what Department of Homeland Security Secretary Alejandro Mayorkas said were security concerns and other issues in Haiti.

“Haiti is currently experiencing serious security concerns, social unrest, an increase in human rights abuses, crippling poverty, and lack of basic resources, which are exacerbated by the COVID-19 pandemic,” Mayorkas said in an announcement. “After careful consideration, we determined that we must do what we can to support Haitian nationals in the United States until conditions in Haiti improve so they may safely return home.”

The designation comes as Haiti faces a political upheaval, concerns over human rights abuses and the crippling impact of the coronavirus.

The country was originally designated for TPS in 2010 following an earthquake that killed more than 300,000 people in the country.

The designation, like many TPS labels, must be renewed at least every 18 months. The Obama administration issued frequent renewals until the Trump administration in 2017 announced it would end Haitian TPS in mid-2019.

The re-designation of Haiti under TPS protects the existing beneficiaries of the program as well as any Haitian nationals who have arrived in the United States since the last designation in 2017. Any person from Haiti who attempts to travel to the United States after the announcement will not be eligible for TPS and could be deported.

Overall, the move could give more than 100,000 Haitians the right to live and work in U.S.

President Biden has already issued a TPS designation for Venezuela, Myanmar and Syria.

The announcement comes after a lobbying campaign from immigration advocates who sent a letter to the administration pressing it to formally announce the designation.

“We applaud Secretary Mayorkas and the Biden administration for honoring their pledge to reinstate TPS for Haiti. This humanitarian step is long overdue and the right thing to do. Offering help, safety, and security to those in need is foundational to our nation’s values. Overt discrimination toward Haitian immigrants in our nation is nothing new, but this decision helps correct that wrong,” said Wade Henderson, interim president of The Leadership Conference on Civil and Human Rights.

Sen. Bob Menedez (D-N.J.) who serves as the chair of the Senate Foreign Relations Committee, said that the designation provides “urgently needed protections” for Haitians living in the U.S.

“The last thing our country should be doing is forcing an entire community in the U.S. to decide between packing up their lives and tearing their families apart by self-deporting, or becoming undocumented and forced into the shadows of our society,” added Menendez.

“This important step is a testament to the courage of the Biden Administration and the relentlessness of many groups, including the U.S. Conference of Bishops, which has been speaking out in defense of the Haitian people since the last Administration’s cruel decision against Haiti in November 2017,” she said.