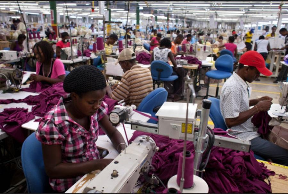 When it comes to the African Diaspora, some nations are duped or cheated by deceptive behavior at the expense of Black consumers and business owners.

Free Trade Agreements are created to allow two or more nations to commence bilateral trade without taxation or tariff. As a result, products are sold to the consumer at the most affordable pricing. They encourage business activity and industrial growth. Sometimes these agreements can be misused by disingenuous nations seeking unfair advantages over rival nations. China has often been accused of such activity.

When it comes to the African Diaspora, some nations are duped or cheated by deceptive behavior at the expense of Black consumers and business owners. Let me give you a few existing examples of this deception: 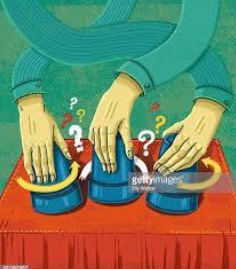 The Africa Growth and Opportunity Act (AGOA) was written during the Clinton Administration. This got all of us so excited. It is a free trade agreement between companies based in the African Continent and the United States. What could be wrong with that? So most of us thought. During the planning stages I became a little paranoid. Why was this agreement being proposed by two white congressmen? What about members of the Congressional Black Caucus? Shouldn’t they be the ones to take the initiative?

It was white liberal Congressman McDermott from Washington and conservative white Congressman Crane from Illinois. What inspired them? One thing I noticed was the Textile Industry was very motivated by it. I would soon find out why. After the agreement was enacted by President George W. Bush things started moving slowly. 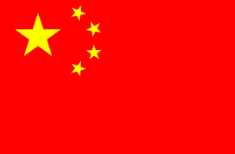 We took a trade mission to Kenya to see this agreement in action. During the mission we visited a mill and clothing plant. They were working 24/7 making children’s clothing. The items had tags on them stating “Made in Kenya.” They were destined to Target, Walmart and J.C. Penney’s in the U.S. I noticed that the bales of cotton that were being used were marked “Product of China.” Two days before we were approached by the Kenya Cotton Growers Association complaining that the United States was refusing to buy their products. By the way, the ladies who worked in that clothing factory were being paid $1.25 (USD) per day.

I quickly figured it out. This whole agreement was about how they could get more products from China tariff free. It soon became apparent that this “blue print” was happening all over Africa.

Running Chinese cotton through Africa for delivery to the United States was very popular. That’s why the Textile Industry was involved. I would later find that Chinese food products, such as tomato paste, beans, etc. were going through the same process.

Germany got in on it via BMW automobiles. They assemble top of the line BMW parts (made in Germany) at a plant located in South Africa. From there, the expensive cars are shipped directly to the United States tariff free. Germany charges a 22% tariff on our cars that are shipped over there. What a shame!

Another big deal was this: They got a couple of Congressional Black Caucus members to make an exception to the program. They sold Congress on including the island nation of Mauritius into the African-based program.

Mauritius is in the Indian Ocean – 1400 miles off the coast of Africa. This island nation has direct ties to India. Thus, we now have companies in India benefitting from this free trade program at the expense of Black-owned businesses located in the U.S. and Africa.

They soon came up with the Central American Free Trade Agreement (CAFTA). It didn’t take long before they had a few members of the Congressional Black Caucus lobby to get Haiti put into the agreement as an exception. Haiti is in the Caribbean not Central America. 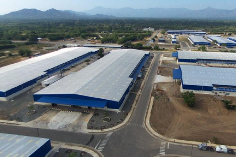 They are taking Chinese cotton (again), processing and running it through their facility in Haiti to get tariff free products into the United States. Supplying all the Joseph Banks stores in the United States must be an incredible amount of Chinese fabric products coming in tariff free at the expense of the Central American based companies. Go to Joseph Banks and look at the label inside most of their suits: “Made in Haiti.” The only thing Haiti was getting was some “sweat shop jobs.”

What a difference it would be if these programs were used strictly the way they were intended to be. There would be billions of dollars in business development replete with millions of new jobs for citizens of the African Diaspora throughout the world. But they just don’t want to do right.

Mr. Alford is the Co-Founder, President/CEO of the National Black Chamber of Commerce ®. Website:www.nationalbcc.orgEmail: halford@nationalbcc.org