Osaka begins her title defense with a new face in her box than a year ago, a questionable left knee and a desire to recapture the joy of tennis. 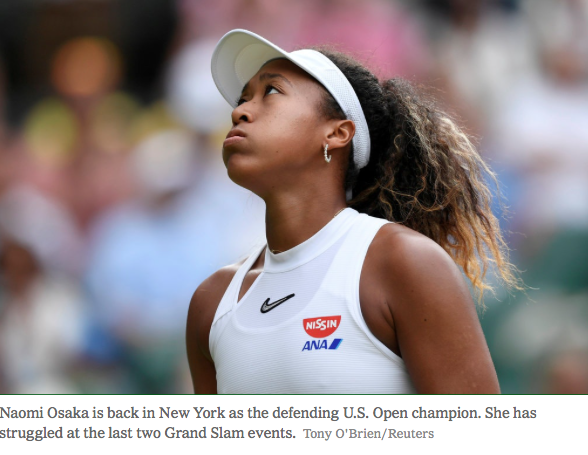 The first day Sascha Bajin was at the U.S.T.A. Billie Jean King National Tennis Center getting ready for this year’s United States Open, he went into Arthur Ashe Stadium and took a quick look around.

He could still feel the atmosphere from a year ago, he said Friday.

It’s been about a year since Bajin was in the Ashe Stadium stands watching the player he coached, Naomi Osaka, win her first Grand Slam title against Serena Williams, whom Bajin used to work for as a hitting partner. It’s been about a year since the coach in Williams’s box, Patrick Mouratoglou, was caught using an illegal hand signal, which sent the match spiraling into chaos.

Williams and Mouratoglou returned to New York still a team, but Osaka and Bajin arrived separately after Osaka fired him in February.

Even in women’s tennis, where coaches are often dropped, swapped and scooped up rapidly, the sudden split stunned many. It came on the heels of Osaka’s wins at the U.S. Open and the Australian Open, her ascension to the No. 1 ranking, and Bajin’s winning the WTA’s Coach of the Year Award. There was little external sign of trouble.