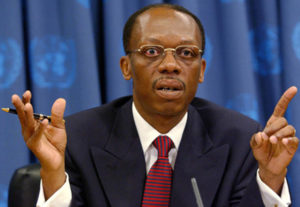 “U.S. citizens have been victims of violent crime, including murder and kidnapping, predominantly in the Port-au-Prince area. No one is safe from kidnapping, regardless of occupation, nationality, race, gender, or age,” the department said.

In recent months, travelers arriving in Port-au-Prince, the capital and largest city, on flights from the United States have been attacked and robbed after leaving the airport. This year, at least two U.S. citizens were shot and killed in robbery and kidnapping incidents, the State Department said.

“Haitian authorities have limited capacity to deter or investigate such violent acts, or prosecute perpetrators,” the department said.

The State Department also noted that while the incidents of cholera have declined, the disease persists in many areas of Haiti. Medical facilities, including ambulance services, are particularly weak.

“Thousands of U.S. citizens safely visit Haiti each year, but the poor state of Haiti’s emergency response network should be carefully considered when planning travel. Travelers to Haiti are encouraged to use organizations that have solid infrastructure, evacuation, and medical support options in place,” the department said.

COMMENT: HAITIAN-TRUTH.ORG
We see the ex-Lavalas (probably not ex-) actively working to create instability in Haiti. This effort, added to the Aristide/Preval activists’  open plans to remove Martelly, and take power by March 13, must be addressed. The leaders of these movements are known. The simple move to withdraw visas, forcing the guilty to remain in the mess they create, will do much to reduce the threat.