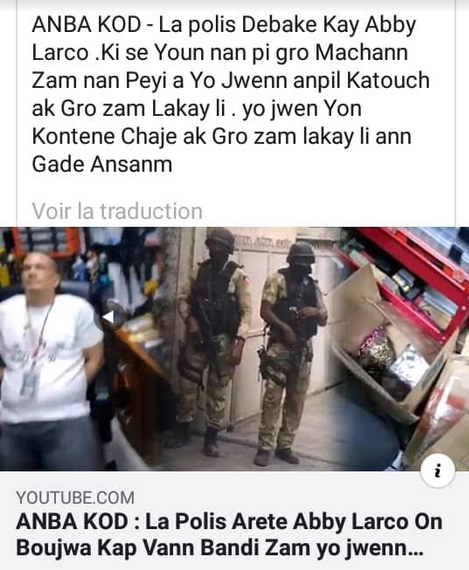 Pétion-Ville, December 25, 2019 – Agents of the Research and Intervention Brigade (BRI) and the Drug Trafficking Brigade (BLTS), two specialized units under the supervision of the central management  of the judicial police (DCPJ), arrested Tuesday evening the named Arby Frantz Larco, pinned for trafficking and illegal possession of firearms.

The operation, supervised by the government commissioner of Port-au-Prince, Me Jacques Lafontant, was carried out at the applicant’s home in Puits Blain 9, in the town of Pétion-Ville at around 8:00 p.m.

The police found an impressive arsenal in the house and in a container that was in the courtyard of the property. 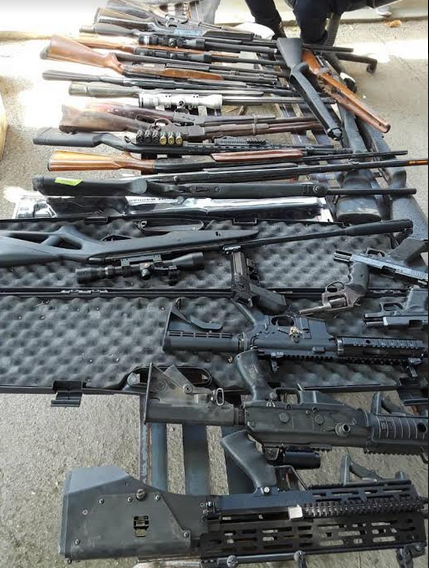 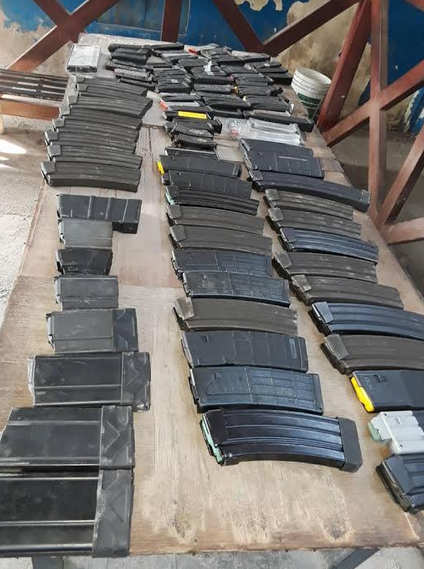 There were also bulletproof vests, grenades, cases, biker helmets, a huge quantity of magazines and about a million cartridges for weapons of different calibers.No less than 10 thousand US dollars and bundles of 500 gourdes were found in his safe.

Arby Frantz Larco was taken to the DCPJ for further questioning.

In his early statements, he introduced himself as someone who teaches others how to handle firearms.

His wife, who is a lawyer working for a banking institution, told law enforcement that she knew that Arby taught others how to use weapons, but said that she was unaware that he had such a weapon.  arsenal.

It is also the same testimony provided by her mother-in-law, a former director of the national library.  I never set foot where the weapons and ammunition were found, she said.
In an exclusive interview with the editorial team, the government commissioner of Port-a-Prince, Me Jacques Lafontant affirmed that justice has been on his trail for several months.

With the National Disarmament and Reintegration Commission (CNDDR), we knew what kind of activity Larco was doing and we were keen to pin it down, said the head of the prosecution. 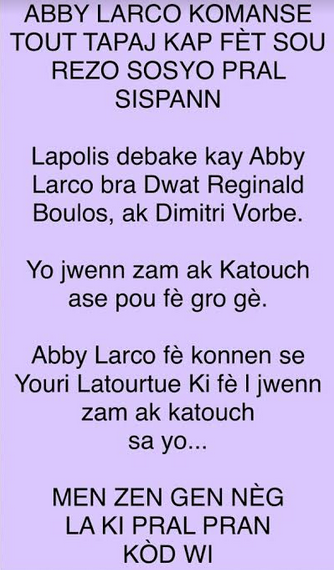