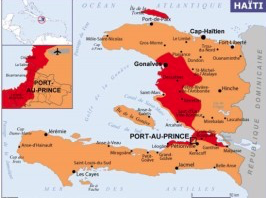   In this holiday season the Quai D’Orsay in Paris, revised its advice to travelers, asking them to postpone their trip to Haiti and its nationals already on the spot to be very careful, drawing up the map of the areas formally advised against  and those not recommended except imperative reason.

The situation has been particularly tense in Haiti since mid-September 2019. Demonstrations, accompanied by roadblocks on the main roads and violent acts (throwing stones, shooting, etc.), are very frequent.  Violent groups are active and maintain a climate of insecurity.  It is therefore recommended to postpone any trip until further notice.

As a reminder, the western districts of Port-au-Prince, the Artibonite department and the area located between the towns of Croix des bouquets and Ganthier are strongly discouraged (red on the Travel advice map).  The rest of Haitian territory is not recommended except imperative reason (orange on the map)

Port au Prince :
It is formally not recommended to go to the districts located to the west of the city as well as to all of the less favored areas (from Leclerk Bidonville to Cité Soleil, including Jalousie to the east, Miron, Fort Mercredi, Martissant,  Fontamara, Bolosse, Lelio, City of the Eternal, City of God, Portal Logane, Morne à Tuf, Center-ville, Bicentennial, Saint-Joseph, Croix des Bossalés, La Saline, Saint-Martin, Wireless, Delmas 2 to  Delmas 18 included), due to the presence of violent and active armed gangs.

The crossing of Martissant is also formally discouraged.

It is recommended to avoid traveling around Port-au-Prince airport without appropriate security measures.

In the provinces:
The Artibonite department is formally discouraged due to the activity of violent groups.  The Saint Marc / Les Gonaïves route by the RN1 is also formally not recommended.  In Gonaïves, numerous clashes between rival bands are reported;  the area between Croix des Bouquets and the Étang Saumâtre, including Thomazeau and Ganthier, is strongly discouraged.  Gangs are very active there.  It is also recommended to avoid going by road to Malpasse, border point with the Dominican Republic.

It is formally advised not to go to Tortoise Island, due to the total absence of security forces and control of the security situation in the area.

Areas advised against except imperative reason:

The rest of the territory is not recommended except imperative reason.

In Cap-Haitien:
Night trips should be avoided and extra care should be taken around the city.

Gonâve:
It is not recommended to go to Gonâve Island for tourist stays.

Border area:
The border area with the Dominican Republic, not very secure, is the site of numerous trafficking and recurrent violence.  It is advisable to favor entry into Haiti by air while securing your arrival.

Weak state presence and a culture of impunity are a risk factor, with some situations being particularly volatile.  Due to the high crime rate in Haiti, it is necessary to exercise great caution, to ensure safe reception, accommodation and transport conditions, and to avoid going to disadvantaged neighborhoods.  ” 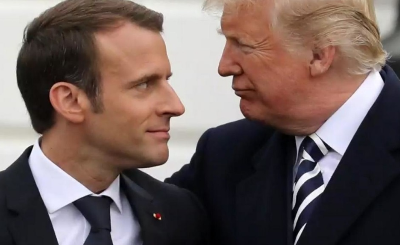 This is an ill-concealed attack on Trump by the French.

Haiti has always been a battleground in France’s effort to embarrass the Unisted states.

We have localized problems, but this article makes it seems as though everyone is barricaded inside their fortresses. This is not the case, although there is an instability that needs to be addressed.

All of Haiti’s ongoing problems can be traced to the International Community’s interference in Haitian affairs. First, and foremost is the United States, often using the United Nations as their weapon of choice.

I always recall the comment, by American ambassador Ernest Preeg, in his 1983 monograph on the Reagan Caribbean Basin Initiative. He said:

“It can honestly be said that the Jean Claude Duvalier Presidency is the longest period of violence-free stability in the nation’s history.”

Then Reagan went into an anti-dictator mode and had Duvalier removed.

It has been downhill since then.

President Jovenel Moise is doing his best to overcome huge challenges, with little or no help.

Time for Donald Trump to take immediate and firm action to guarantee the tools needed to preserve Haiti’s embryonic Democracy. 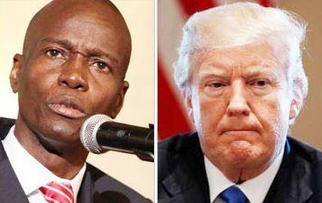