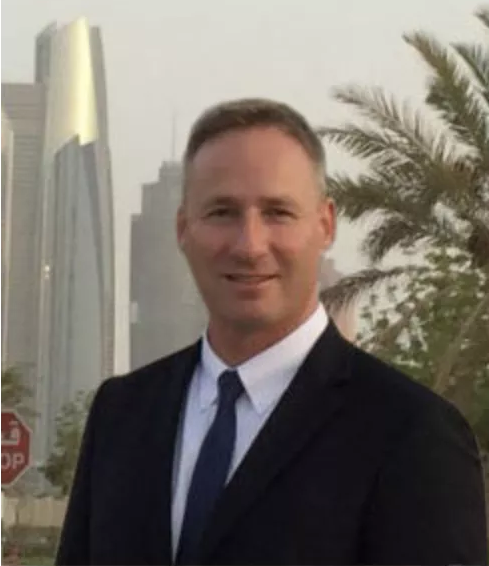 The five heavily armed Americans arrested in Haiti earlier this week are back on their home soil and won’t be facing any criminal charges in the United States — a decision already causing outrage among some Haitian leaders.

Federal sources told the Miami Herald that the men will not be charged criminally, but are being debriefed. They told U.S. authorities they were on the island providing private security for a “businessman” doing work with the Haitian government.

The five American citizens, who returned on a commercial flight to Miami on Wednesday night and were met by U.S. law enforcement, did not have any scheduled appearances in Miami federal court.

The U.S. Attorney’s Office referred calls to the State Department, which said only: “The return of the individuals to the U.S. was coordinated with the Haitian authorities.”

What promises the U.S. government made to secure the release of the men remain murky.

According to a letter obtained by the Miami Herald, Haitian Minister of Justice Jean Roody Aly wrote to Haiti’s Central Bureau of the Judicial Police saying he authorized the transfer of the five Americans and two U.S. permanent residents to the United States to stand trial there.

Aly is aligned with beleaguered Haitian President Jovenel Moise, whose advisers tried to get the men removed from the custody of the country’s police. Moise has been under fire for his handling of the poverty-stricken nation’s economy; violent protests calling for his ouster have rocked Haiti in recent weeks.

Pierre Esperance, executive director of the National Human Rights Defense Network in Haiti, blasted the decision by U.S. authorities to not charge the men.

“What the Haitian government did is grave. It shows that they had something they were looking for. The fact that the U.S. took these people and did not charge them, it shows there was a conspiracy. They didn’t want them to go before Haitian justice,” he told the Miami Herald.

The release of the men from the Haitian justice system is causing a political uproar in Haiti, a country already in upheaval.

On Thursday, the Haitian Senate summoned the government’s security council, headed by Haitian Prime Minister Jean Henry Céant, to answer questions about who authorized the release of the five Americans and two Serbians. The prime minister said he wasn’t available and the meeting has been postponed for 11 a.m. Monday, said Sen. Youri Latortue, head of the Senate’s Ethics and Anti-Corruption Commission.

Ceant said they men planned to break into the central bank and then to assassinate Ceant, Latortue added.

“We are waiting for the prime minister, minister of justice, minister of interior to tell us what happened and to bring the copy of the letter from the U.S. embassy and after that we will know what we will do,” he added.

Latortue added that he’s also awaiting the report of the police investigation and questioning of the suspects.

The incident couldn’t have come at a worse time for Haiti. After several days of calm following anti-government protests that shut the country down for 10 days, the opposition has called for protests to resume Friday. Late Thursday, lines began forming at gas stations, as nervous Haitians tried to fill up in anticipation of the protests that have shut down schools, businesses and all activities in the capital and major cities around Haiti. As a result of the crisis, both the cities of Port-au-Prince and Croix-des-Bouquets this week announced they were canceling their carnival next month.

Protesters and the opposition have been calling for the resignation of Moïse over mismanagement of the economy and corruption allegations centered around Venezuela’s PetroCaribe oil-discount program. Haiti owes the South American country about $2 billion and Haitians have been demanding an accounting of the money. Savings accruing from the discounted program were supposed to be invested in social programs for the poor after the country’s 2010 earthquake.

Prominent commentator Marvel Dandin, during his editorial on Radio Kiskeya in Port-au-Prince, said the U.S. government’s decision to circumvent the Haitian justice system is “ugly, worse than a slap in the face.”

“It’s sad, regrettable to see we have authorities like this in the country,” he said.

The Haitian National Police detained the five men, who were part of a group of eight stopped at a checkpoint in downtown Port-au-Prince, last Sunday afternoon.

The men were in two vehicles without license plates, and police found a cache of automatic rifles and pistols. The eight were arrested on weapons charges. Police sources originally cited a list as part of the evidence that included documents, satellite phones and drones, but later told the Herald that the list — which cited the names of two police officials — did not belong to the suspects and were documents that got co-mingled with the evidence inside they found inside the unmarked vehicles.

The Americans are former Navy Seal officers Christopher Michael Osman and Christopher Mark McKinley, and Marine veteran Kent Leland Kroeker, as well as Talon Ray Burton and Dustin Porte. Burton is a private investigator once employed by Blackwater and the State Department’s diplomatic security service. His wife said she had no idea he was in Haiti until she received a phone call from him saying he was imprisoned in Port-au-Prince.

The others were two Serbians, at least one of whom is a U.S. permanent resident, and a Haitian national who was deported from the United States. The Serbians were scheduled to arrive back in Washington, D.C., on Thursday.

According to the Haitian police, the men claimed they were on a “government mission” when they were pulled over about a block away from the nation’s central bank. The U.S. government intervened after Céant, speaking on CNN, called the group “mercenaries” and “terrorists.”

When the plane landed at Miami International Airport, U.S. law enforcement boarded the flight and handcuffed the men, according to a tweet from Haitian TV and radio personality Carel Pedre.