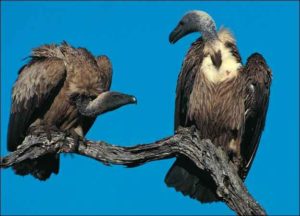 The Nation:Disaster capitalists were flocking to Haiti in a “gold rush” for contracts to rebuild the country after the January 12, 2010, earthquake, according to a secret cable from US Ambassador Kenneth Merten.

The February 1, 2010, cable was obtained by WikiLeaks and made available to the Haitian newspaper Haïti Liberté, which is collaborating with The Nation on a series of reports on US and UN policy toward the country.

“THE GOLD RUSH IS ON!” Merten headlined a section of his 6 pm situation report—or SitRep—to Washington. “As Haiti digs out from the earthquake, different [US] companies are moving in to sell their concepts, products and services,” he wrote. “President Preval met with Gen Wesley Clark Saturday [January 29] and received a sales presentation on a hurricane/earthquake resistant foam core house designed for low income residents.”

“AshBritt [a Florida-based disaster recovery company] has been talking to various institutions about a national plan for rebuilding all government buildings,” Merten continued in his dispatch. “Other companies are proposing their housing solutions or their land use planning ideas, or other construction concepts. Each is vying for the ear of President in a veritable free-for-all.”

One man who had the ear of President Préval was Lewis Lucke, Washington’s special coordinator for relief and reconstruction, who was heading up the entire US earthquake relief effort in Haiti. He met with Préval and Prime Minister Jean-Max Bellerive two weeks after the quake, and at least one more time after that, according to the cables. Lucke, a twenty-seven-year veteran of the US Agency for International Development, had overseen multibillion-dollar contracts for Bechtel and other companies as USAID mission director in postinvasion Iraq.

Lucke stepped down as Haiti relief coordinator in April 2010, after only three months, telling his hometown newspaper, the Austin American-Statesman, “It became clear to us that if it was handled correctly, the earthquake represented as much an opportunity as it did a calamity…. So much of the china was broken that it gives the chance to put it together hopefully in a better and different way.”

Within eight weeks of stepping down, Lucke had signed a lucrative $30,000 per month agreement with AshBritt and its Haitian partner, GB Group (which belongs to one of Haiti’s richest men, Gilbert Bigio). Lucke helped them secure $20 million in construction contracts.

But in December 2010, Lucke sued AshBritt and GB Group for almost $500,000. According to the Associated Press, he claimed the companies “did not pay him enough for consulting services that included hooking the contractor up with powerful people and helping to navigate government bureaucracy.” Before the lawsuit was settled, Lucke had already joined masonry product supplier MC Endeavors. The firm sent out another of many press releases this past May advertising its ability to build homes and applauding Haiti’s newly inaugurated President Michel Martelly’s declaration: “This is a new Haiti that is open for business now.”

The post-quake “gold rush” described by Ambassador Merten began as Haitians were still being pulled from the rubble. Since then, USAID has doled out nearly $200 million in relief and reconstruction contracts. By this April, just 2.5 percent of the money had gone to Haitian firms, according to the Center for Economic and Policy Research.

Lucke, for one, is not bashful about making a fortune off others’ misfortune. “It’s kind of the American way,” he told Haïti Liberté. “Just because you’re trying to do business doesn’t mean you’re trying to be rapacious. There’s nothing insidious about that…. It wasn’t worse than Iraq.”