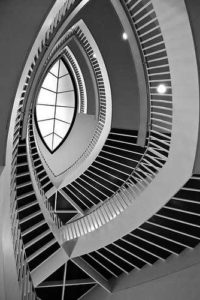 The United States, the European Union and the United Nations decided to support Haiti’s recent presidential and parliamentary elections despite believing that the country’s electoral body, “almost certainly in conjunction with President Preval,” had “emasculated the opposition” by unwisely and unjustly excluding the country’s largest party, according to a secret US Embassy cable.

The cable was obtained by WikilLeaks and made available to the Haitian newspaper Haïti Liberté, which is collaborating with The Nation on a series of reports on US and UN policy toward the country.

At a December 1, 2009, meeting, a group of international election donors, including ambassadors from Brazil, Canada, Spain and the United States, concluded that “the international community has too much invested in Haiti’s democracy to walk away from the upcoming elections, despite its imperfections,” in the words of the EU representative, according to US Ambassador Kenneth Merten’s December 2009 cable.

Haiti’s electoral body, the Provisional Electoral Council (CEP), banned the Fanmi Lavalas (FL) from participating in the polls on a technicality. The FL is the party of then-exiled former President Jean-Bertrand Aristide, who was overthrown on February 29, 2004, and flown to Africa as part of a coup d’état that was supported by France, Canada, and the United States.

This history made Canadian Ambassador Gilles Rivard worry at the December donor meeting that “support for the elections as they now stand would be interpreted by many in Haiti as support for Preval and the CEP’s decision against Lavalas.” He said that the CEP had reneged on a pledge to “reconsider their exclusion of Lavalas.”

“If this is the kind of partnership we have with the CEP going into the elections, what kind of transparency can we expect from them as the process unfolds?” Rivard asked.

Despite the Lavalas exclusion, the European Union and Canada proposed that donors “help level the playing field”—they could, for instance, “purchase radio air time for opposition politicians to plug their candidacies.” They were presumably referring to “opposition candidates” who would come from parties other than the FL.

That plan was nixed by the United Nations, but when the elections finally did take place on November 28, 2010, followed by a runoff on March 20, 2011, Washington and the international donor community played an influential role in determining their outcome.

When the first-round results were disputed, international donors arranged for an evaluation by the Organization of American States, which pronounced that pro-coup candidate Michel “Sweet Micky” Martelly, 50, a former konpa musician, should face another neo-Duvalierist candidate, Mirlande Manigat, in the final round. Martelly emerged as the victor in the runoff.

Less than 23 percent of Haiti’s registered voters had their vote counted in either of the two presidential rounds, the lowest electoral participation rate in the hemisphere since 1945, according to the Washington-based Center for Economic and Policy Research.

Furthermore, the second round was illegal because the eight-member CEP could never muster the five votes necessary to ratify the first-round results.

The December 2009 election donor meeting took place just over a month before the January 12, 2010, earthquake, which derailed the elections originally planned for February 28, 2010.

When the polling was rescheduled, there was even more at stake, primarily how billions of dollars in pledged earthquake aid would be spent and the future of the 11,500-strong UN military force that has occupied Haiti since the 2004 coup d’etat.

According to the December 4, 2009, cable, US officials pushed hard for the election.

Ambassador Merten urged a minimal donor reaction to the FL’s exclusion, saying they should just “hold a joint press conference to announce donor support for the elections and to call publicly for transparency,” because “without donor support, the electoral timetable risks slipping dangerously, threatening a timely presidential succession.”

His cable was classified “Confidential” and “NOFORN,” meaning “Not for release to foreign nationals.”

The US State Department declined to comment on the disclosures in this article, citing a policy against commenting on releases of documents that purport to contain classified information.

Merten explained in the cable that he had opposed FL’s exclusion because the party would come out looking “like a martyr and Haitians will believe (correctly) that Preval is manipulating the election.”

The election’s low turnout has been ascribed to Haitians’ sense of futility in the choice between two unappealing candidates, to a grassroots boycott campaign and, primarily, to popular dismay over the FL’s exclusion, the very issue that gave rise to the December 2009 meeting.

Former President Aristide, who returned to Haiti from exile on March 18, two days before the second round, drove the point home when he declared on his arrival: “The problem is exclusion, the solution is inclusion.”

The Wikileaks cables would be interesting to see as a simple presentation. Unfortunately The Nation merely gives their interpretation of certain portions of the cables. This is effectively useless and results in more false, biased material. The turn out for the recent elections was high for Haiti. The 2000 Aristide landslide – as reported by The Nation, probably saw fewer than 20,000 vote nationwide in the presidential vote. In Aristide’s 1990 landslide victory he won (supposedly) 67% of the 300,000 votes cast. This is much lower than the near 30% turn out when Martelly won.

Manigat is not a Neo-Duvalierist. She was bought and paid for by Preval. The Lavalas exclusion is not what some would make you think. Many Lavalas supporters simply supported someone else, such as the Aristide notaire, Jean-Henry Ceant. Martelly drew many, many Lavlalas voters. Comments to the effect that Ambassador Merten was less than helpful, are on target. Unfortunately, the truth has been diluted by The Nation’s interpretation of the cables. I would like to see an unabridged collection of the Haiti embassy material.

Not the opinions of some leftist publication, such as The Nation.