We shouldn’t allow our emotions to be monopolized and influenced by the systems that continue to protect white empires. 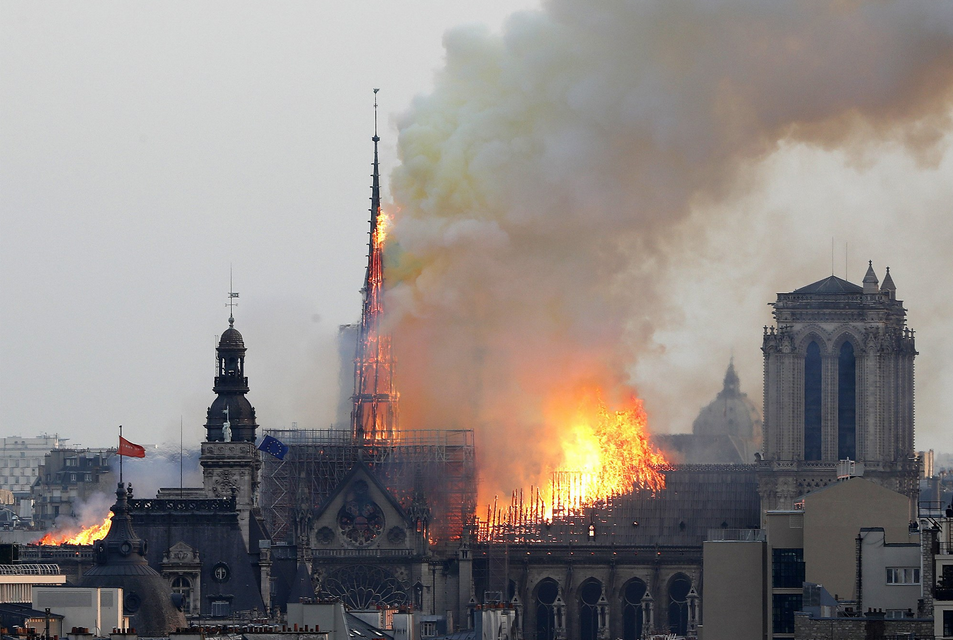 The past few weeks have seen several high-profile churches damaged by fire on the world stage. The tragic fire that engulfed France’s Notre Dame Cathedralon Monday — by far the biggest news story — resulted in an international outpouring of supportfor what many consider one of the most beautiful buildings on earth. Notre Dame has received nearly one billion dollarsin donations from companies like Gucci, Chanel and Apple, as well as an offer of support from the United States.

Just had a wonderful conversation with @PontifexFrancis offering condolences from the People of the United States for the horrible and destructive fire at Notre Dame Cathedral. I offered the help of our great experts on renovation and construction as I did….

But Notre Dame is not the only church that has been damaged recently. Indeed, the authors of the dozens of American think piecesmourning the loss of sacred spaceswould be wise to look a little closer to home for material. On March 26, April 2 and April 4, three predominantly black Baptist churches were burned down— very much on purpose — in a rural Louisiana parish. Now, a 21-year-old white man by the name of Holden Matthews has been charged with the arsons, which police allege are hate crimes. Matthews also happened to be the son of a deputy officer, who turned him in. Given the history of white supremacy and it’s ties to law enforcement, this connection did not surprise everyone.

It took several days for these Louisiana arsons to gain national traction. President Donald Trump has certainly not offered his support to the citizens of St. Landry Parish who have been deprived of their places of worship because of their black identity. Neither has Trump — or Congress — rushed to offer resources to the Al Aqsa Mosquein Jerusalem, a building that is over 1,800 years old and which also caught on fire on Monday. (The mosque was not seriously damaged, luckily.)

Symbolism and imperialism keep the wheels of capitalism going, something France and the U.S. know very well.

Symbolism and imperialism keep the wheels of capitalism going, something France and the U.S. know very well. The massive reaction to Notre Dameis the result of many things; the building was an architectural masterpiece and an important space for Catholics around the world. But we can learn a lot from the things we consider important — or which we have been conditioned to think are important. We travel the world, often without truly understanding the historical damage of the sites we’re exploring.

Because France and the U.S. share a lot more than a mutual appreciation for Judeo-Christian landmarks. Colonialism has destroyed black and brown people for centuries, much of it perpetuated by France and the U.S. (among others.) Many of France’s most culturally relevant institutions are filled with artifacts stolen from African nations, never to be returned. If you’re looking for the continuing consequences of France’s colonialism, look no further than Haiti. In 1825, France required the island nation to pay billions in “reparations”to French slaveholders in order to retain its hard-won independence. Haiti’s economy has never truly recovered.

A similar legacy is shared by the United States, where the question of reparations for descendants of Africans continues to be a topic of discussion. (Adding insult to injury, Trump reportedly called Haitia s——- country in 2018.) While the United States is quick to give money to Franceto support the rebuilding of Notre Dame, its own infrastructure continues to suffer at the hands of greed and white supremacy. Flint still doesn’t have clean water, something that crossed over from the last administration. Puerto Rico still hasyet to be fully rebuilt following Hurricane Maria — a humanitarian crisis which saw the death of more than 3,000 U.S. citizens. And the three destroyed black churches — symbolic and sacred in their own right — have not been offered a single federal dime. In fact, up until Tuesday thechurches had only raised a few hundred thousand dollars, in comparison to the hundreds of millions pledged to Notre Dame. Happily, Notre Dame seems to have inspired further giving in Louisiana, and they are nearing their $1.8 million goal, which will be split between the three.

Observing the groups who have been blamed for the church burnings is equally revealing. In France, the Notre Dame fire quickly sparked a series of Islamophobic conspiracy theories. In 2016, Muslims made up over eight percent of the population— and they have faced immense amounts of discrimination under President Emmanuel Macron’s regime. France’s National Assembly passed a rule banningmembers of parliament from wearing or displaying religious garb, directly effecting Muslims, an issue Macron remained silent on. Macron also pushed for the idea of creating a “French Islam” which would be a top-down attempt to integrate Muslims into the very secular French society. It was a move some feltwas a way to assimilate Islam to the point of invisibility.

France, a country known for creating a“colonial system of justice, originally from the late 19th century, which created an inferior legal status for subjects in North Africa, West Africa and Southeast Asia,” has continued to oppress black and brown folks at the intersection of religion, much like the United States. It is not lost on anyone that Islamophobia as a global issue intersects with anti-blackness.

Of course folks are allowed to be upset and to feel loss about more than one event at a time. But we shouldn’t allow our emotions to be monopolized and influenced by the systems that continue to protect white empires. The world does not mourn Notre Dame equally — and that’s OK. To some, it was simply a building — a building tied to systems that have harmed so many ancestors. A building that will be rebuilt at tremendous cost while nearly 15 percent of people in France live in poverty, Haiti continues to be bankrupt, Puerto Rico struggles to rebuild, and Flint stillhas no water.