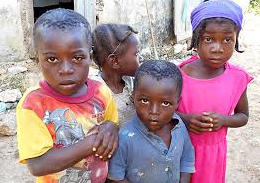 On Monday, Apr. 15, the Notre Dame Cathedral, a testament to French Gothic architecture and a revered symbol of Christianity, suffered from extensive fire damage, the cause of which remains at this time unknown.

As soon as the news of the tragedy first broke, social media was ablaze with commentary. While many lamented the (potential) loss of centuries-old masterpieces, others challenged this public sentiment with important criticisms.

In a public statement, President Macron announced a fundraising campaign that would search for funds “beyond our borders.” Wealthy patrons of the arts have already started opening their wallets to restore the cathedral. According to CNN, the three wealthiest families in France have already garnered over $700 million for restoration efforts. While this may sound heartwarming to some, the tale is bittersweet for many, because the reality is that France has already been extracting money from foreign countries for centuries.

Haiti is a prime example of this. According to Forbes, France owes the Republic of Haiti an estimated $21 billion in reparations. After breaking free of France’s colonial shackles in 1804, Haiti was forced to pay reparations to Francebecause of the economic loss of the slave colony. To this day, over 200 years later, France has yet to acknowledge the massive debt they owe to the country of Haiti, as the island nation continues to suffer from relentless poverty as a direct result of this blatant theft.

If the French bourgeoisie can drum up $700 million in only 24 hours to restore a building, then they can keep that same energy for the people of Haiti.