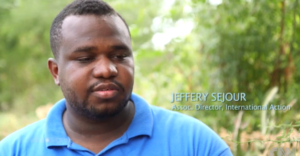 Port-au-Prince, Haiti (CNN) — In January 2010 a seven-point magnitude earthquake rocked Haiti, killing more than 250,000 people and damaging its infrastructure, including some water systems.

Even before the quake, Haiti’s water systems were fragile, and just months after the quake the country was hit with a devastating cholera outbreak — the first in nearly a century. By the time the outbreak subsided, more than 8,000 people had died and hundreds of thousands more had become sick.

Independent studies suggest the outbreak was caused by U.N. peacekeepers who improperly disposed of fecal matter that ended up in Haiti’s Artibonite River, a main tributary, where people bathe. In its own report, the U.N. concluded that the outbreak was “the result of bacteria introduced into Haiti as a result of human activity” — but the organization says water and sanitation and healthcare system deficiencies allowed the bacteria to spread.

“A cholera patient excretes the cholera bacteria in huge numbers and, if that excreta gets into the water or the food supply and other people consume it, they too will become ill and they’ll amplify that by contaminating more water and more food,” explains Dr. Eric Mintz, an epidemiologist with the Centers for Disease Control and Prevention, in Atlanta. “That’s where you see these incredibly rapid epidemics of cholera, and that tells you that the water is unsafe.”

“That could happen again, particularly in parts of the country where people have not had a lot of cholera,” says Mintz. “They may not have the experience to recognize it. They may not know what to do in terms of treatment. We certainly can’t stop now and declare victory.”