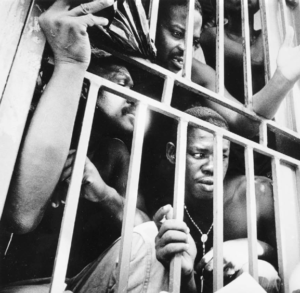 The U.S. Embassy in Port-au-Prince is issuing this Warden Message to inform U.S. citizens that since the January 12 earthquake, the Embassy has noted an increase in reports of violent crime, including murder and kidnapping, in Port-au-Prince, and crimes occurring in places frequented by foreigners, including areas that had until recently been considered safer after-dark, such as Petionville.  Additionally, since the earthquake the capability of the Haitian National Police to patrol and to respond to reports of crime has been degraded.  Due to these factors U.S. citizens are advised to maintain an increased level of vigilance when traveling in and around Port-au-Prince, and are reminded to conduct themselves in a manner sensitive to the local situation when considering the planning of social events, travel, etc.

U.S. citizens are reminded to avoid certain high-crime zones in the Port-au-Prince area, including Croix-des-Bouquets, Carrefour, Martissant, the port road (Boulevard La Saline), urban route Nationale #1, the airport road (Boulevard Toussaint L’Ouverture) and its adjoining connectors to the New (“American”) Road via Route Nationale #1 (which should also be avoided). This latter area in particular has in recent years been the scene of numerous robberies, carjackings, and murders.  Embassy employees are prohibited from remaining in the downtown area after dark or from entering Cite Soleil and La Saline and their environs without additional security precautions due to significant criminal activity.  Neighborhoods in Port-au-Prince once considered relatively safe, such as the Delmas road area and Petionville, have been the scenes of violent crimes.

For further information about the situation in Haiti, please refer to our current Travel Warning and the Country Specific Information.  Americans traveling abroad should regularly monitor the U.S. Embassy’s website and the U.S. Department of State, Bureau of Consular Affairs’ website, where the current Worldwide Caution, Travel Warnings, Travel Alerts, and Country Specific Information can be found. The U.S. Embassy also encourages U.S. citizens to review to “A Safe Trip Abroad,” which includes valuable security information for those both living and traveling abroad.  In addition to information on the Internet, travelers may obtain up-to-date information on security conditions by calling 1-888-407-4747 toll-free in the U.S. and Canada, or outside the U.S. and Canada on a regular toll line at 1-202-501-4444. For emergencies involving American citizens, please contact the American Citizens Services (ACS) Unit of the U.S. Embassy’s Consular Section, located at Boulevard du 15 Octobre, Tabarre 41, Tabarre, Haiti; telephone (509) 2-229-8000; after hours emergency telephone (509) 2-229-8000; ACS Unit fax (509) 2-229-8027; and e-mail at acspap@state.gov.