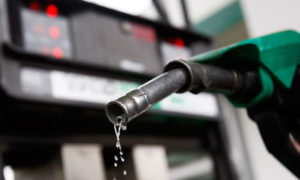 In the Dominican Republic, discounts on Venezuelan oil imports keep the lights on. In Jamaica, they are helping a limping economy stay afloat, and in Haiti, a young and inexperienced leadership is using them to achieve quick results.

But despite financial benefits of the late Venezuelan President Hugo Chávez’s Petrocaribe oil agreement with cash-strapped Caribbean countries, analysts and critics say inadequate oversight has contributed to a lack of transparency in many of the 17 beneficiary nations.

In almost every case, the program has allowed governments to postpone politically unpopular but critical economic reforms. And while Petrocaribe debt carries only a 1 percent interest rate, the size of the accumulated debt is raising serious concerns about repayment.

The Petrocaribe program provides crude to the countries but allows a two to three-year grace period. Payments are stretched over 17 to 25 years at 1 percent interest. The intent was designed to allow the countries to plow the savings into programs to develop their economies.

The future of the program has become particularly relevant as Venezuelans prepare to head to the polls on April 14 to elect a new leader. Amid a tough economy, opposition presidential candidate Henrique Capriles has said he plans to scrap the program. Meanwhile, acting President Nicolás Maduro might be left with no choice but to scale back.

But as the election approaches, analysts say now is as good a time as any for Caribbean nations to start weaning themselves off the subsidy.

“Foreign aid is the easiest thing to cut,” said Risa Grais-Targow, a Latin America analyst with New York-based Eurasia Group, a global political risk firm that predicts a reduction in Petrocaribe for all except Cuba should Maduro win. “Countries have been able to avoid making some necessary adjustments or agreeing to more stringent multilateral loans. I think they are going to be forced to do that.”

Peter Hakim, president emeritus of the Washington-based think tank, the Inter-American Dialogue, said the cuts, “will most likely be very damaging,” especially for the region’s poor who have suffered under rising double import food and fuel bills in recent years.

“It looks pretty grim for the future,” said Hakim, a proponent of the aid.

That reality isn’t lost on Caribbean leaders, who in the months before Chávez’s death from cancer, attended vigils to pray for his health while publicly refusing to entertain notions of what impact his death would have on their finances. Many have been racking up huge debt since Venezuela began shipping barrels of cheap oil to them in 2005 and they dipped into the savings to fund everything from new roads to social programs to even elections.

But even with its no-strings-attached requirements, the results have been mixed, said analyst Heather Berkman, who tracks Jamaica and the Dominican Republic for the Eurasia Group.

“The most notorious case is the Dominican Republic, where they have been transferring funds from Petrocaribe to keep their power sector afloat, not making any adjustments,” she said.

The Dominican Republic, Berkman noted, has avoided passing tariffs or cracking down on electricity theft while racking up a $3 billion fuel bill.

Also troubling is Jamaica’s predicament. The heavily indebted nation is using the cheap oil financing to roll over more expensive debt as part of an agreement with the International Monetary Fund, which is trying to help Jamaica resuscitate its ailing economy.